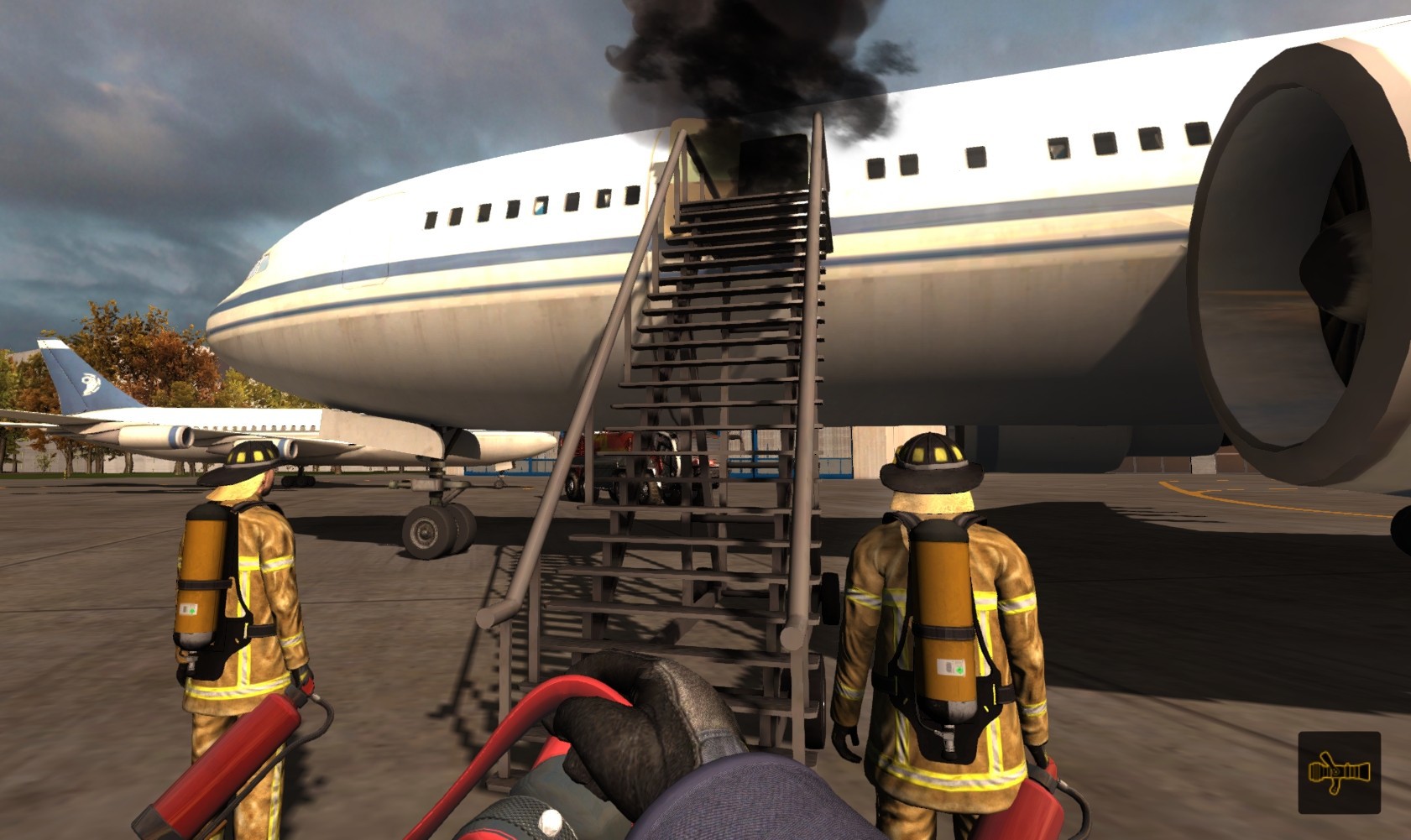 Discover a passion for firefighting!

Head out on duty with the entire fire department and take on exciting new missions in "Airport Firefighters: The Simulation". As a member of the busy airport fire department, you and your colleagues work to ex-tinguish large airplane fires and fight through the blazing inferno of the passenger terminal. Drive true-to-life fire engines and tackle blazes with the water cannons. Fight local fires with the fire extinguisher and fog nozzle, squeeze your way through narrow ventilation shafts, and destroy obstacles to pave your way to freedom.

For the first time in the series, you can now control American fire-fighting vehicles and complete missions with your American col-leagues. Would you rather use a gamepad than a keyboard and mouse? No problem!

Experience dramatic situations that challenge the hero inside! Wheth-er it's burning engines, an explosion in the passenger terminal or a flaming inferno in the cabin of a jumbo jet ﾡﾰ your service counts!