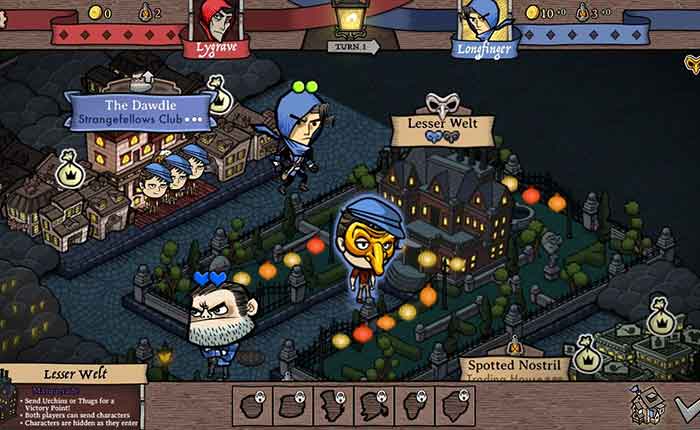 Become a feared and revered master thief in Antihero, a fast paced multiplayer turn-based strategy game where you sneak, steal, and assassinate your way to the most powerful thieves' guild in Victorian London.

• Underground Street Wars! – play in campaign mode or challenge your friends in multiplayer to see who’s the top dog amongst thieves! Employ ruthless tactics and watch their empire crumble as you run circles around them to wipe them out.

• Take Over and Guard your Territory – burgle houses, businesses and estates and control your territory.

• Recruit street urchins to do your bidding, hire thugs to do your dirty work -- and bribe, blackmail, and assassinate your opposition. Anything goes in this underworld, gas-lit city!