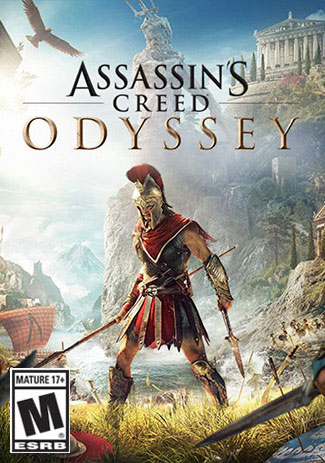 Buy Assassin's Creed: Odyssey (PC) and get your Key for Ubisoft Activation  within minutes via email! Please check the spam or junk mail folder too.Don't miss out this offer.

Write your own epic odyssey and become a legendary Spartan hero. Forge your destiny in a world on the brink of tearing itself apart. Influence how history unfolds in an ever-changing world shaped by your choices.

Choose your fate in Assassin's Creed® Odyssey.
From outcast to living legend, embark on an odyssey to uncover the secrets of your past and change the fate of Ancient Greece. 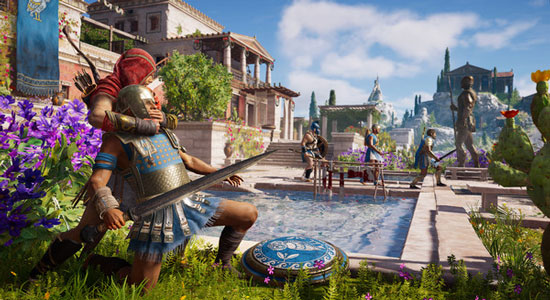 Travel To Ancient Greece
From lush vibrant forests to volcanic islands and bustling cities, start a journey of exploration and encounters in a war torn world shaped by gods and men.

Forge Your Legend
Your decisions will impact how your odyssey unfolds. Play through multiple endings thanks to the new dialogue system and the choices you make. Customize your gear, ship, and special abilities to become a legend.

Fight On A New Scale
Demonstrate your warrior's abilities in large scale epic battles between Athens and Sparta featuring hundreds of soldiers, or ram and cleave your way through entire fleets in naval battles across the Aegean Sea.

Gaze In Wonder
Experience the action in a whole new light with Tobii Eye Tracking. The Extended View feature gives you a broader perspective of the environment, and the Dynamic Light and Sun Effects immerse you in the sandy dunes according to where you set your sights. Tagging, aiming and locking on your targets becomes a lot more natural when you can do it by looking at them. Let your vision lead the way and enhance your gameplay.
Visit the Tobii website to check the list of compatible devices. 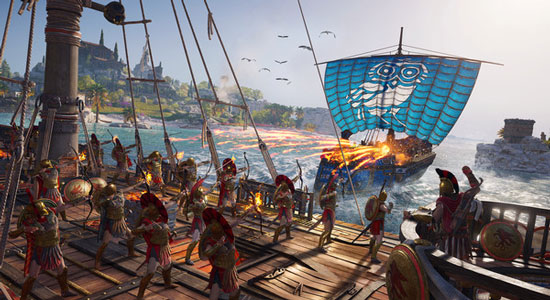 This is an action-adventure game in which players assume the role of Alexios or Kassandra, mercenaries on a quest for vengeance. As players explore an open-world environment in Ancient Greece, they interact with characters, infiltrate enemy bases and strongholds, and kill human enemies. Players use swords, spears, and bows to kill enemy soldiers and bandits in melee-style combat. Players also use stealth attacks (e.g., knife stabbing) to dispatch enemies discreetly. Large blood-splatter effects occur as enemies are killed. A handful of cutscenes depict more intense acts of violence and/or gore: characters stabbed through the head/neck with bladed weapons; young characters thrown off a cliff; a man mauled by a mob as his arm gets thrown into the air. Some environments depict severed limbs and dismembered corpses on the ground. The game contains instances of sexual material: characters kissing and caressing before the screen fades to black (sex is implied though never shown); dialogue referencing sex and prostitution (e.g., “Anything goes in this sex andron”; “That is love, this is commerce. What are you into?”); a character hearing sexual moaning sounds behind a door. The words “f**k” and “sh*t” are heard in the game.