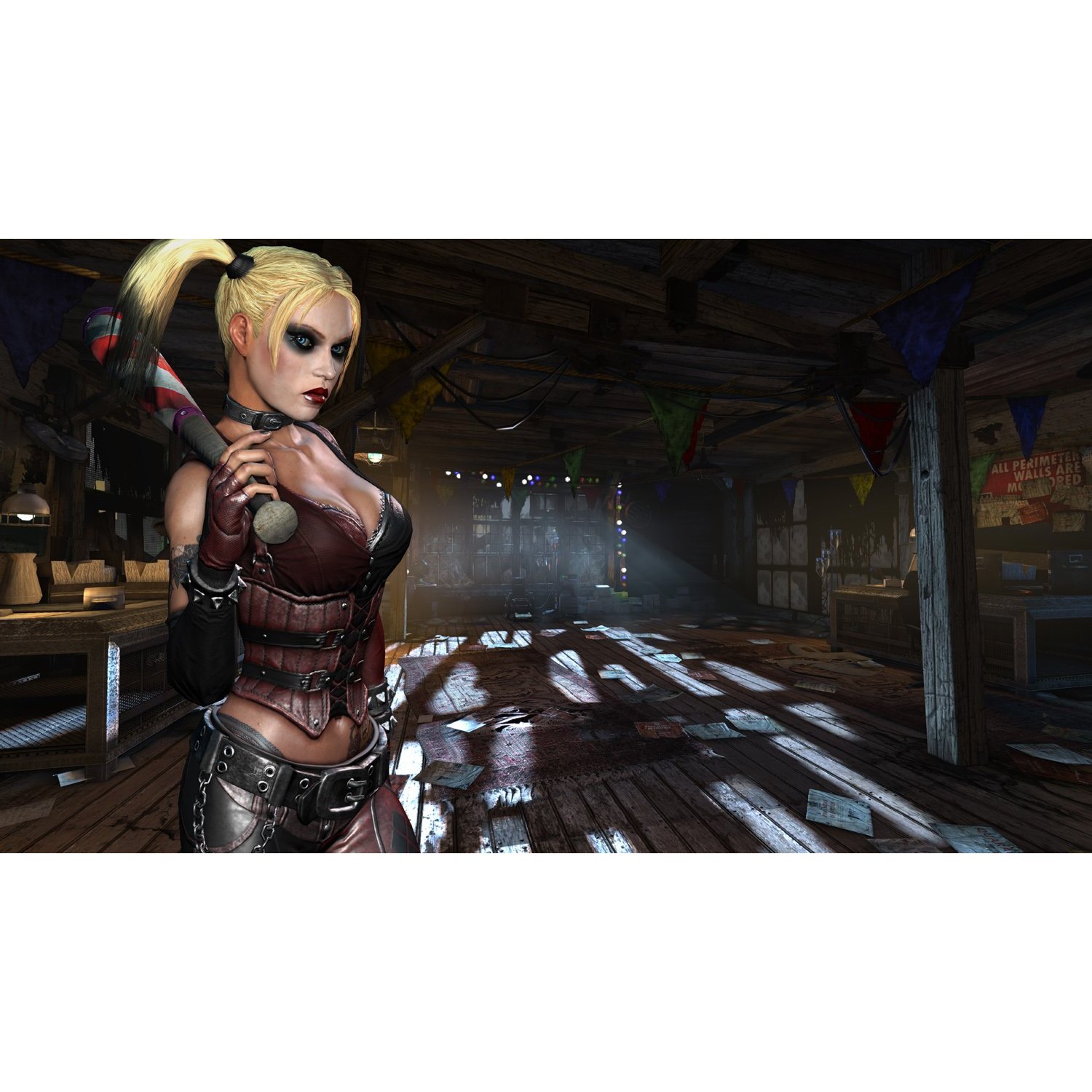 Batman: Arkham City delivers an authentic Dark Knight experience rooted in an original and engrossing story as well as a combination of melee combat, stealth, investigative and speed-based challenge gameplay. The game is asequel to 2009's Batman: Arkham Asylum.Additional features include: a range of new gadgets, an increased number of possible melee opponents and a range of movement options for Batman that include leaping, sliding, gliding and the grapple hook. And it features the full range of classic enemies seen in the previous game, in addition to Catwoman, who is a playable character and has her own storyline in the new release.

Developed by Rocksteady Studios, Batman: Arkham City builds upon the intense, atmospheric foundation of Batman: Arkham Asylum, sending players soaring into Arkham City, the new maximum security "home" for all of Gotham City's thugs, gangsters and insane criminal masterminds. The game features an unique combination of melee combat, stealth, investigative and speed-based challenge gameplay. Set inside the heavily fortified walls of a sprawling district in the heart of Gotham City, this highly anticipated sequel introduces a brand-new story that draws together a new all-star cast of classic characters and murderous villains from the Batman universe, as well as a vast range of new and enhanced gameplay features to deliver the ultimate experience as the Dark Knight.

Play as Catwoman - Catwoman is a fully playable character in Batman: Arkham City who has her own storyline in the main game which is seamlessly interwoven with Batman's story arc. Her navigation skills, combat moves and gadgetry have been specifically designed to deliver a fully featured and unique experience.

Advanced FreeFlow Combat - Batman faces highly coordinated, simultaneous attacks from every direction as Arkham's gangs bring heavy weapons and all-new AI to the fight, but Batman steps it up with twice the number of combat animations and double the range of attacks, counters and takedowns.

New Gadgets - Batman has access to new gadgets such as the Cryptographic Sequencer V2 and Smoke Pellets, as well as new functionality for existing gadgets that expand the range of Batman's abilities without adding extra weight to his Utility Belt.

Huge Cast of Characters - Players encounter numerous characters from the Batman universe, including Catwoman, Two-Face, Harley Quinn, Penguin, Hugo Strange, Victor Zsasz, Calendar Man, The Joker, The Riddler and other iconic characters yet to be revealed.