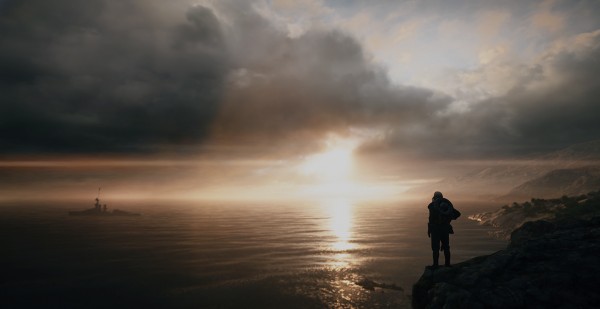 Explore even more of World War I with the exclusive Xbox One Battlefield 1 Deluxe Edition. Now, not only will you get the epic Battlefield one, but you'll get special campaigns and DLC that others will have to wait to get.

Set in a war that has only lightly been touched by video games, Battlfield 1 is the true way to experience what happened in the "World To End All Wars". Play as people from all sides, then face off against your friends in rivals in battles that defy explanation.

Epic 64-Player Multiplayer Battles - Squad up with your friends and join in the most epic multiplayer battles in FPS history with up to 64 players. Fight as infantry, lead horse charges or take control of amazing vehicles on land, air and sea, from tanks and biplanes to the gigantic Behemoths.

Experience the Dawn of All-out War - Be a part of the greatest battles ever known to man. From the heavily defended Alps to the scorching deserts of Arabia, war is raging on an epic scale on land, air and sea as you witness the birth of modern warfare.

No Battle is Ever the Same - Dynamic weather and intuitive destruction create an ever-changing landscape. Make your mark on the world with earth-shattering destruction, whether you're blasting craters in the ground with artillery strikes or ripping apart walls with gunfire.

Push the Frontline in Operations - Take part in a series of inter-connected multiplayer battles spread across multiple maps in the new Operations. Attackers must break through the lines of defenders, and push the conflict onto the next map.