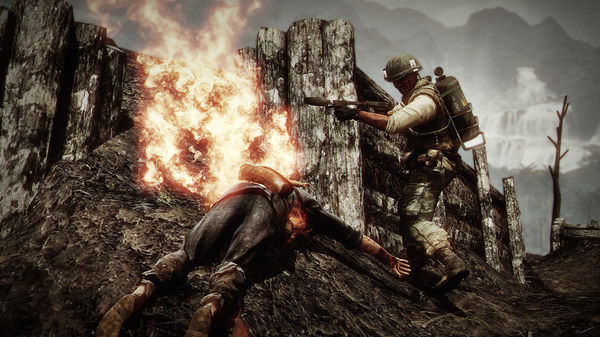 The expansion pack introduces 5 distinct and brand new multiplayer maps based on the Vietnam War. Each map brings a new gameplay experience with elements such as foxholes, tunnels and dense jungles from where the enemy can launch surprise attacks.

To set that unmistakable 60's atmosphere, the audio team at DICE has recorded all-new voice-overs for both sides of the conflict, based on authentic dialogue from the Vietnam war. On top of this, a rocking soundtrack with 2 hours worth of era specific tracks gives the expansion a truly characteristic sound.