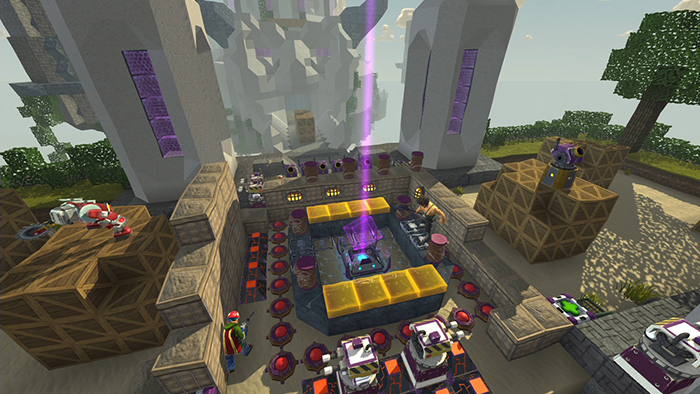 Get a great special offer with our ‘Skins For The Win’ DLC Pack, a copy of Ace of Spades: Battle Builder, full access to our BETA, and the full game when it launches - all included in the pre-order price.

What do I get?

The ‘Skins for the Win’ character DLC Pack, featuring:

What else do I get?

Five of you. Five of them. Face off in a tactical battle where everything you build, destroy, construct or shoot has devastating impact on the entire game. Build your defences and charge into action to destroy theirs. Tunnel under the map or catapult over it, they’ll never see it coming! Be sneaky, be devious, be destructive. Be a large metal robot, twisted scientist, deadly ninja and more. Build using a crazy range of block types and work together as a maverick team in this FPS where no game is ever the same. Ready up! It’s time to Block N Load.