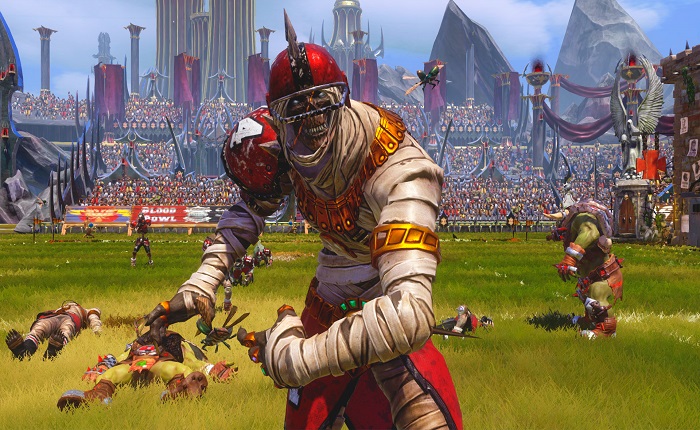 An Undead team's greatest asset is their mastery over death itself. Their Regenerate skill makes them very, very difficult to kill… It’s also a versatile team, with heavy hitting Mummies able to wade in and support the faster but weaker Ghouls and Wights. Get the right mix and you’ve got a first class team.

Some Blood Bowl players killed on the field are brought back to life by their passion for the sport, and Necromantic magic, as Wights. Freed from 'boring' mortal restrictions like sleep, thirst or hunger, the Wights can spend all their spare time in training. Thanks to their Block skills and their good agility, the Wights are central players for the Undead teams. Be sure to hit hard with them!