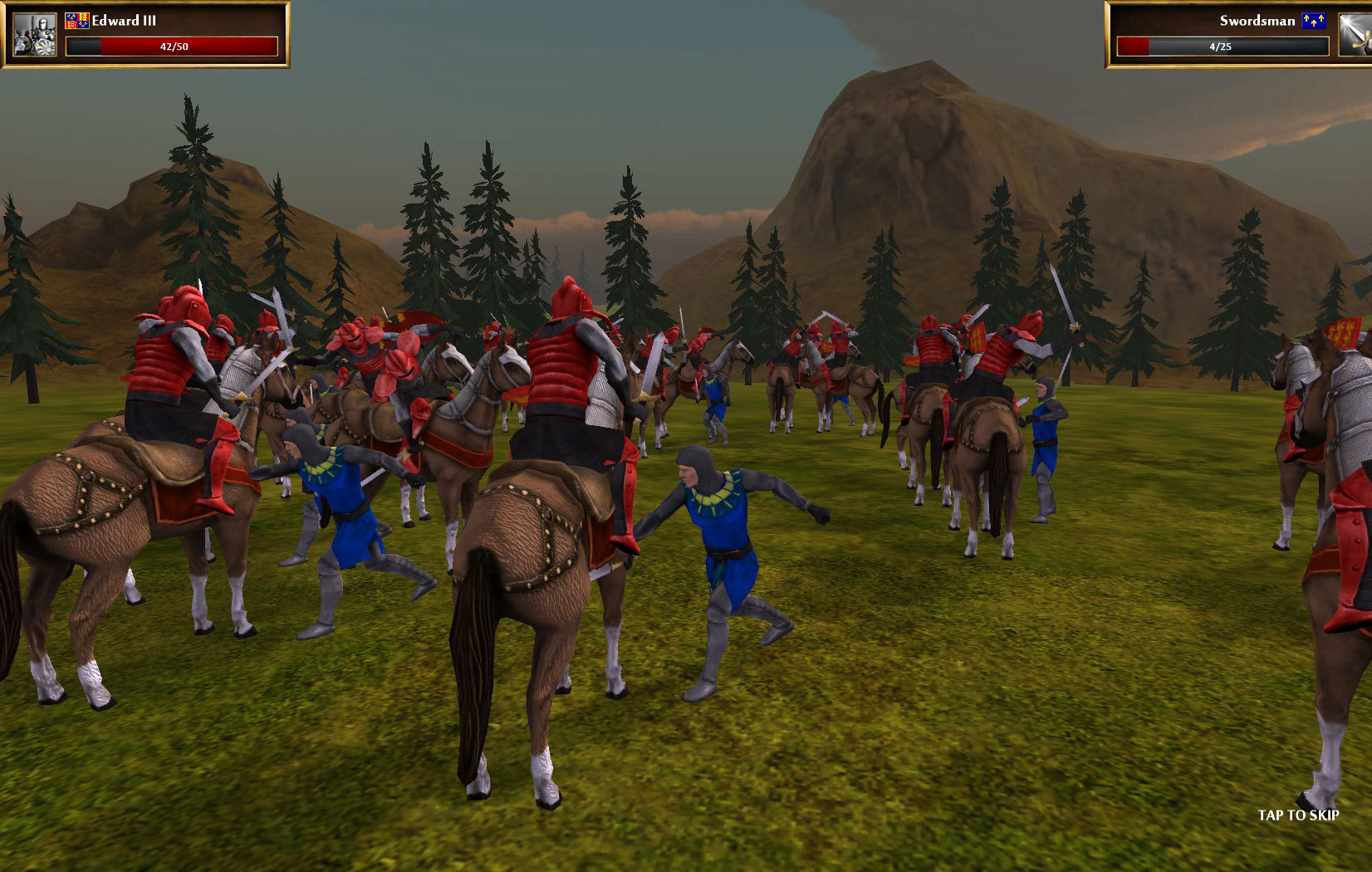 Broadsword: Age of Chivalry boasts turn-based strategy gameplay as players move from mission to mission in the Middle Ages.Command one of four different armies: the English, The French, the Spanish, or the Hapsburgs. Lead different types of units into battle -- from archers, knights, pikemen and catapults with special units per nationality. Control special 'heroes' units such as Henry III, Joan of Arc and El Cid, among others whose special 'hero' powers can affect the entire battlefield.

Broadsword allows players to construct buildings to raise units and create resources for their empires, as well as research technologies.