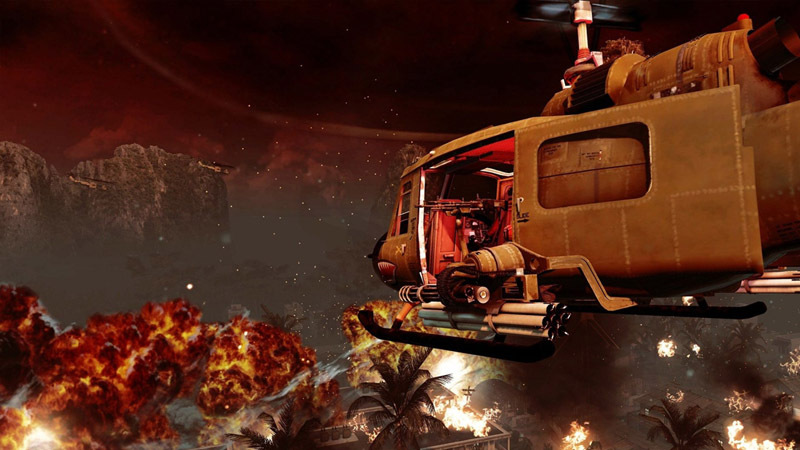 
NOTICE: Due to performance concerns, Aspyr does not recommend purchasing or playing Call of Duty : Black Ops on any Mac that has an Nvidia Graphics Chipset. Nvidia is currently working on providing an graphics driver update that will provide official support for the latest Mac Book Pro with the Nvidia 650M Graphics Card. The following chipsets are not supported for Call of Duty Black Ops Mac: HD3000, HD4000HD4670, HD6630M, Nvidia 8000 &9000 series, GT100 series, 320M, 330M, Intel Integrated GMA950, x3100.


ABOUT THE GAME There is a soldier in all of us.
Call of Duty?: Black Ops takes players to conflicts across the globe as elite Black Ops forces fight in the deniable operations and secret wars that occurred under the veil of the Cold War. Featuring an epic single-player campaign, an incredibly deep multiplayer experience and expanded co-op gameplay, Call of Duty: Black Ops runs on the improved World at War engine and offers amazing enhanced graphics, streaming texture technology, and superior lighting effects.

? 2010-2012 Activision Publishing, Inc. ACTIVISION, CALL OF DUTY and CALL OF DUTY BLACK OPS are trademarks of Activision Publishing, Inc. The ratings icon is a registered trademark of the Entertainment Software Association. This product contains software technology licensed from Id Software (ﾝId Technologyﾝ). Id Technology ?1999-2012 Id Software, Inc. Published and distributed by Aspyr Media, Inc. ?Aspyrﾝ and the Aspyr ?starﾝ logo are federally registered trademarks of Aspyr Media, Inc. Aspyr makes no guarantees regarding the availability of online play, and may modify or discontinue online service in its discretion without notice, including for example, ceasing online service for economic reasons due to a limited number of players continuing to make use of the service over time. Mac and the Mac logo are trademarks of Apple Computer, Inc., registered in the U.S. and other countries. The ratings icon is a trademark of the Entertainment Software Association. All other marks and trademarks are the property of their respective owners. All rights reserved.