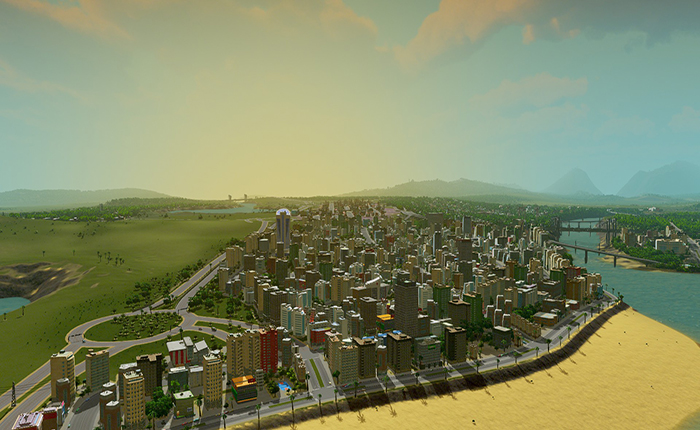 Then, in the Cities Skylines After Dark expansion, you'll get to see what happens when the city goes dark. They say interesting things happen to the world once the lights go down, and you'll be able to see that first hand as you'll not only see your city thrive at night, but you'll get new things to do and expand with.

For example, you can make special tourists attractions that can only be found at night. Add to that special events, and much more, and you have a full-on night life!