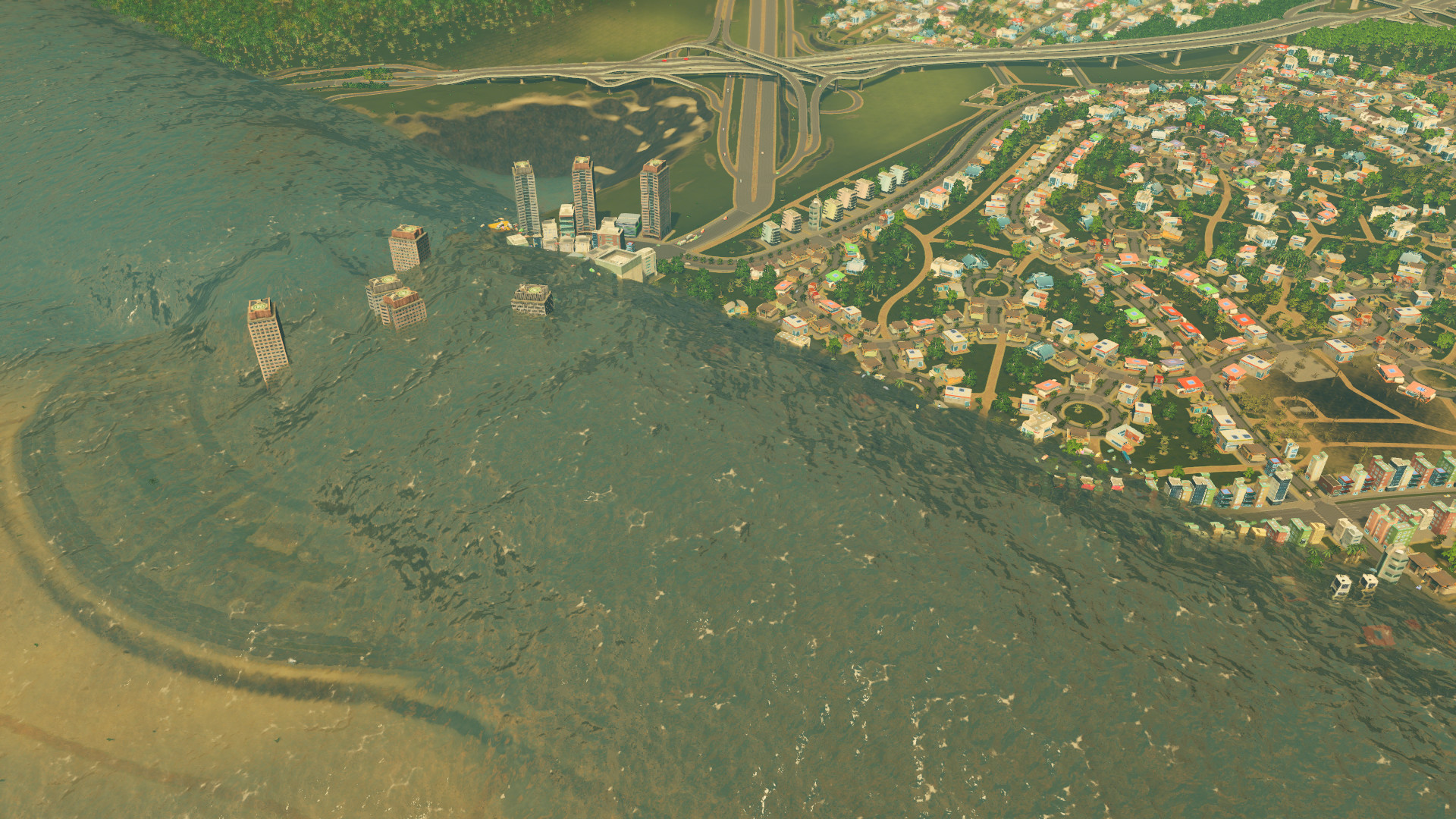 Now though, the city building takes a new turn via the Cities Skylines Natural Disasters expansion! For while the city still needs building, the world itself is threatening to bring it down. Prepare your cities for dangers such as massive thunderstorms, tornadoes, meteors, sinkholes, and much, much more. They can come from out of nowhere, just like real cities, so be ready for everything by prepping your buildings and readying an early warning system.

It's not just about building the city anymore, it's about keeping it safe!

Natural Disasters will include: