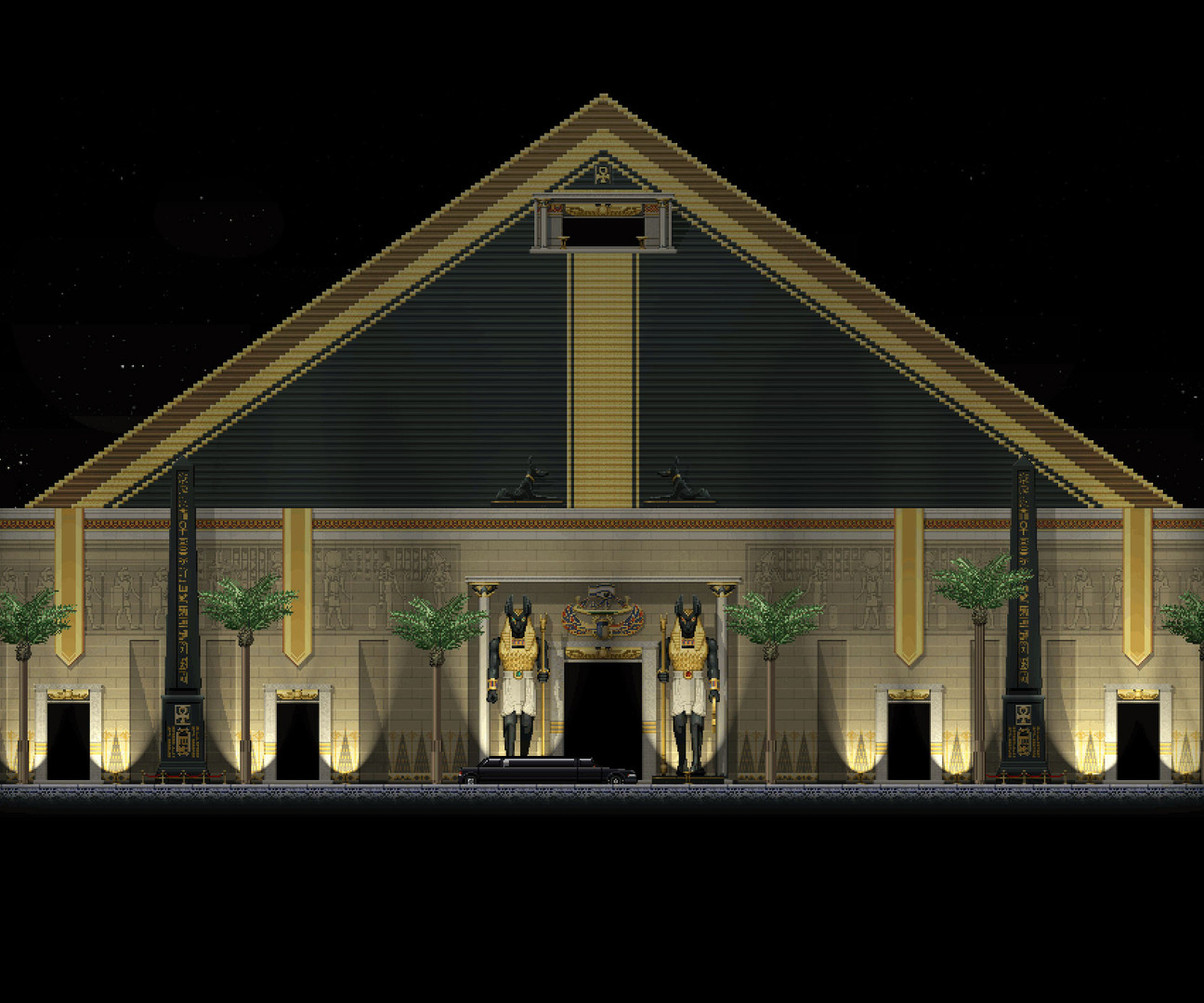 Build your prison unrestricted and make prisoners work for you with maximum efficiency by build all kinds of prison facilities.

Since 1984, Crist City has made the law about the Private Prison. Accord to the law, the government will “sell” the prison to a legal company which offer the highest price. At the end of 1994 you become a warden of The Pompeii prison which locate in BlackCloud district. As the warden of a private prison, you need not only make plan about whole prison but also need to solve all kind of prisoner problems just like power supply, waste disposal, food and water and place for the prisoners. Of course, the prisoners will be nervousness because of those problems. At that moment, if warden do not build some decompression building, some prisoners may not focus on their work or even cause worst situation such as riots, jailbreak or suicide.

You could make nearly 100 different goods from workshop which include drugs, Gatlin or even RPG. There are six main workshops can be build (Clothing, Furniture, Electric equipment, handcrafts, chemicals, firearms). You can sell those goods on the market and of course the clothes and the weapons is available for use.

Find the prisoners with special skill from the government and police department, and make those people work in your prison.

These professional criminals such as thieves, robbers, hackers, killers, bomber and fighter can deal with some "special missions" for you. Those special tasks include steal a bank vault, robber a jewelry store, or blackmail some wealthy merchants by Kidnapping. Tailors, carpenters, technicians, chemistry professors, artisans can work in different workshop and you could make value goods from raw materials.
Lawyers, bookkeeper, actors, former police officers, singers, chef and some “talents” can work in your prison as an advisor. They can make negative influences to your prison.

Work as the warden to unlock the different projects, pick the right time to sell those goods on the market. Make money to expand your prison empire. And use money to influence political and gangs in the city.

The warden can increase the skill point by develop and daily work. It can be used to unlock the new project which could be useful to your prison and make more money for you
The price of goods and materials will change every day. As a warden, you need to find the best moment to buy the materials with the lowest price and sell the goods with most profit.

There are also many gangs and criminal organizations in Crist City who will come to you to seek cooperation, trade and even help. When you make friend with some gangs, they may sell you some rare materials or even help you at important time. Obviously, there will be street gunfight between the gangs, some gangs may be eliminated by others. It requires you to make balance between various gangs, to avoid there is only one gang in the city. If there is only one gang in the city, it may cause negative influence to your prison.

You are live in the Crist City so try to have a look at every store on the street.

You can buy magazines (can increase you skill point) and buy some condoms at the grocery or convenience store (Be careful there are still venereal disease and AIDS in the game).

You can change your appearance in the barbershop.

You can eat different kind of food such as Peking roast duck, Cheese burger, Spaghetti, Borscht, Japanese sushi and even Chinese snacks at various restaurant in the Crist City

You can order a glass of Bourbon in a nightclub or have a bottle of grape wine.

You can stay at hotels, hotels, which could increase your stamina, and allow you to get better physical condition.

Drink a cup of coffee, listening the prelude to Bach 1007, enjoy the peace of the life.

Museums, Theaters and Aquariums need you to buy a ticket, these places can ease your mood. Of course, the park's bench is free.

You can also have some fun at the nightclub with dancer and you could enjoy special services in the massage parlors, and even do illegal things in the foot bath center.