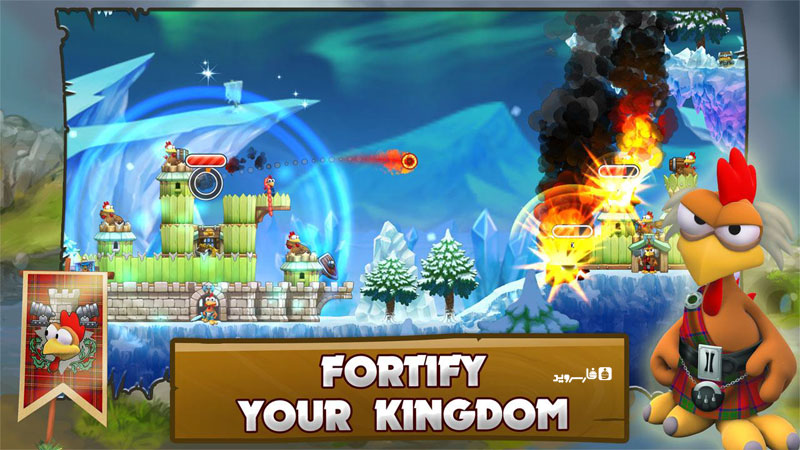 Game CRAZY CHICKEN strikes back is a shooter for android in which you find yourself involved in a confrontation chicken, crazy chicken! Prepared by the game studio Young Fun Studio (Germany), the project is paid, it is worth a little less than $ 5, which is not so little, at least for android, however, not difficult to guess for what the developers ask for the money.
The gameplay, as I mentioned earlier, recalls two games, Worms and Angry Birds, and both graphics and scene. You, being in its strengthening should shoot the strengthening of the enemy, and move, you can not - it's like in the Angry Birds, but also to shoot you out of a cannon instead of chickens, which looks more like of Worms, with the game can calculate the real trajectory as in both games, but the physics of contact is simplified, so that it is closer to the worms. However, wiping the nose of the birds, there is not only a full-fledged campaign and online battle, the fight can not only friends, but also with random players on the Internet.