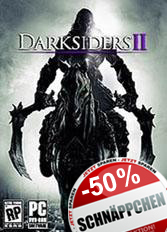 Then, once you're done with the main game, dive into the Darksiders II Arguls Tomb DLC. In it, you'll not only find two new dungeons awaiting Death, but all new enemies for you to fight, and some pretty epic loot for you to use as well. Remember, this is meant for endgame players, so don't do it until you're ready!