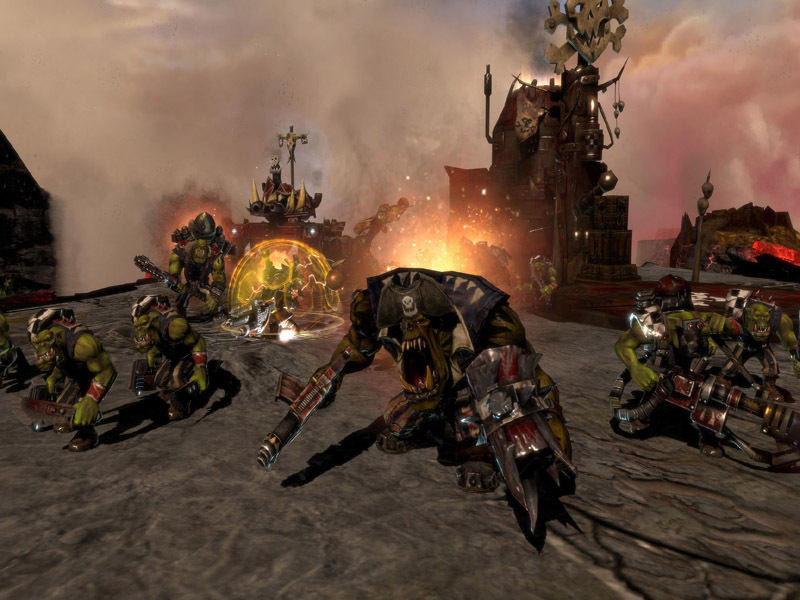 
ABOUT THE GAME
Choose your race and determine the final fate of the entire sector in Dawn of War II: Retribution, the next installment in the critically acclaimed Dawn of War real-time strategy franchise.

Ten years after the events of Chaos Rising and the fall of the Blood Raven?s Chapter Master to the forces of Chaos, Sub-Sector Aurelia remains in a constant state of warfare. The pirate Freebooter Orks have arrived to take advantage of this and loot the sector, the vile forces of Chaos continue to spread their blasphemy, the Eldar of Craftworld Alaitoc work to recover key artifacts from their past and the feral Tyranids remaining from the failed Hive fleet invasion have suddenly re-established contact with the Hive mind. Activation Key must be used on a valid Steam account.


Warhammer 40,000: Dawn of War II - Retribution - Copyright ? Games Workshop Limited 2011. Dawn of War, Retribution, the Dawn of War II logo, GW, Games Workshop, the Games Workshop logo, Space Marine, 40K, Warhammer, Warhammer 40,000 Device, the Double-headed Eagle device and all associated marks, logos, places, names, creatures, races and race insignia/devices/logos/symbols, vehicles, locations, weapons, units and unit insignia, characters, products, illustrations and images from the Dawn of War II - Retribution game and the Warhammer 40,000 universe are either ?, and/or ? Games Workshop Ltd 2000-2011, variably registered in the UK and other countries around the world, and used under license. All Rights Reserved. Developed by Relic Entertainment. AMD, the AMD Arrow logo, ATI, the ATI logo, AMD Athlon, Radeon and combinations thereof are trademarks of Advanced Micro Devices, Inc. THQ, Relic Entertainment and their respective logos are trademarks and/or registered trademarks of THQ Inc. All rights reserved. All other trademarks, logos and copyrights are the property of their respective owners.