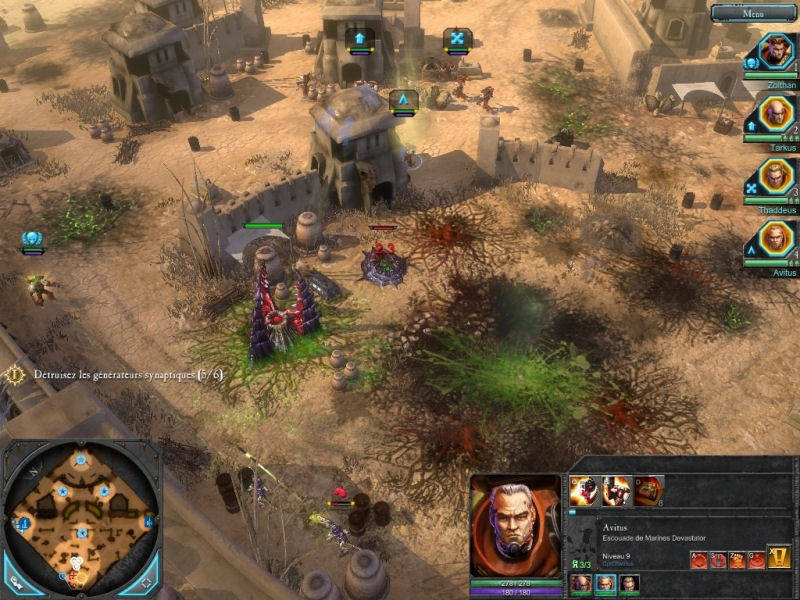 It’s the 41st Millennium in the Sub-Sector Aurelia - a cluster of worlds on the edge of the Galaxy - where a battle of epic proportions is about to commence. Ancient races will clash across the planets that dot this section of space, battling for the greatest of stakes - not only the claim to the land and its bounty - but the fate of each race.

With a focus on fast-action RTS gameplay, Dawn of War II brings to life the science fiction universe of Warhammer 40,000 like never before.

Experience the intimate brutality of battle as you play through the epic campaign. Clash with enemies on battlefields ablaze with visceral melee and ranged combat. Lead and develop your squads from raw recruits into the most battle hardened veterans in the Galaxy.

Brutal Frontline Action & Tactics
Get straight into the action and experience intense melee & devastating ranged combat. Use vicious melee sync-kills to obliterate your enemies.
Outsmart your opponents
using dynamic and destructible environments to suppress, flank and destroy your foes.
Non-Linear Single Player Campaign
Command an elite strike force, developing the skills and abilities of your squads and commander as you progress through the game.
Co-Op Multiplayer
Play through the entire single player campaign co-operatively with a friend, at any point in the game, anytime.
Next Generation RTS Engine
Utilising Relic’s proprietary Essence Engine 2.0 to deliver cinematic visuals, detailed graphics & special effects.