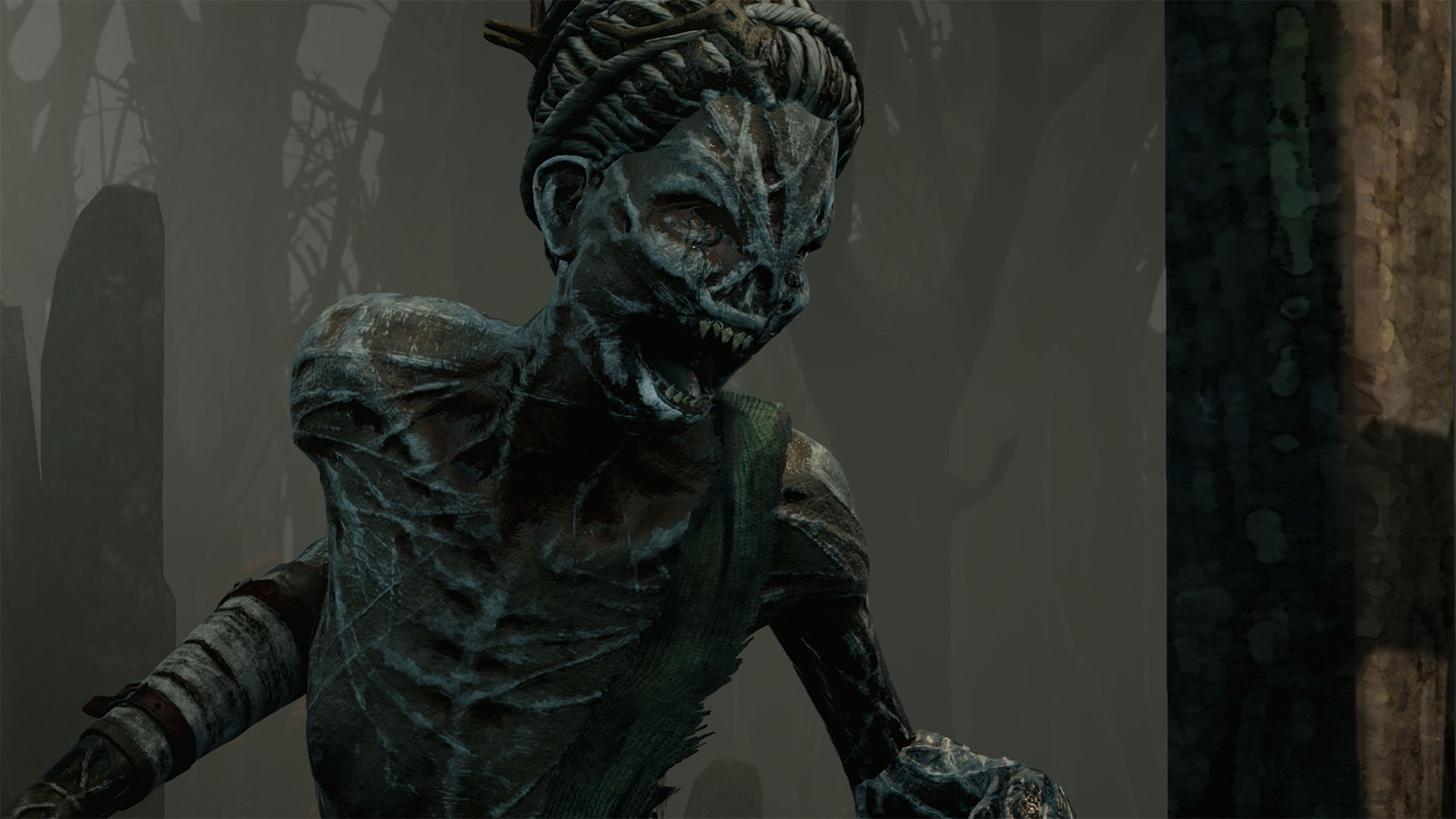 Dead by Daylight - Of Flesh and Mud (PC)

Of Flesh and Mud is the third Chapter for Dead by Daylight. Prepare for dark hexes and flesh made out of mud and decay, if you dare enter Backwater Swamp and live through the horror it brings. A new killer - The Hag - awaits you in the waterland area and you will meet a new survivor: Ace Visconti.

A hag driven to madness by being devoured alive piece by piece. A survivor that believes luck is always on his side. A wetland with scorched shacks, an eerie mud maze and a rusting boat graveyard lays ahead of you, so tread carefully.

Of Flesh and Mud is the brand new Chapter for Dead by Daylight and it includes a new Killer, a new Survivor and a map.


Haunted by The Hag
The unspeakable torment Lisa Sherwood endured twisted her mind and carved in the memory of pain in her bones. She had a choice, to flee or to turn on her tormentors. Her last deed drove her into darkness.

From Dust to Dust
Source of The Hag's power, a blackened finger used as a catalyst to her terrible power: the Phantasm Traps. The Hag draws in the soil to set a trap for the survivors. When a survivor finds her trap, a lifelike illusion of the killer appears in front of them. Once the trap is triggered, The Hag has a choice. To enter the physical illusion when the survivors are within her reach or use it as a decoy to take down her unsuspecting prey before the phantasm collapses into pieces of dirt and mud.


Killer Perks
The Hag perks revolve around a new gameplay mechanic: the Hex totems. They are focused on cursing the survivors and sapping their abilities.

Devour Hope
A hex rooting its power on hope. The false hope of survivors ignites your hunger. When a survivor is rescued from a hook at least 24 meters away, Devour Hope receives a token. Tokens grant various abilities such as double damage and kill by your own hand.

The Third Seal
You will curse a survivor by hitting the victim while the Hex Totem is active. The hex reduces the effectiveness of the victim's aura reading ability and make the survivor easy prey. But only one survivor can have this curse at a time. Once you hit another survivor, the Hex is transferred to your next victim.


Are you feeling lucky?
Ace Visconti is one charming guy. From his roots as a poor boy in Argentina, he gamed, scammed, seduced and smooth-talked his way to a life of luxury as a high roller in the land of opportunity. Money has always had a way of slipping through his fingers, but Ace simply figures he can always win more. Eventually he racked up too many debts with the wrong kind of people. But when they finally came to collect, Ace was nowhere to be found. No one knows where he has gone, but everyone agrees on one thing: He will survive… against all odds.


Luck favors the bold
Ace is one lucky bastard or at least he believes he is. Therefore, he’s always ready to take a chance.

Ace in the Hole
Lady Luck always seems to be throwing something good your way. When retrieving an item from a chest, there is a chance that an add-on of very rare rarity or lower attached to it.

Up the Ante
Your confidence strengthens the feeling of hope for those around you. For each other survivor still alive, grant bonus to luck to all remaining survivors.

Open-Handed
Luck is more than chance, it takes a bit of skill thrown in. You stay alert at all times. Strengthens potential in one's aura reading ability and increases aura reading ranges.


A feast on human flesh
It wasn’t until the authorities decided to drain the waters around the ramshackle collection of huts that the true history of Backwater Swamp began to unravel. Thirty-seven sets of human remains weighted down in the rotten swamp waters was revealed. Bodies that showed traced of being cut in and their bones carefully scraped free of flesh. As for the family that hunted in these waters, nothing was ever found of them. The buildings where they once lived were burnt and scorched and everything was covered in black ashes. The rumor claims that they torched it all to cover up their deeds, before fleeing into the darkest reaches of the swamp, to one day begin their foul hunt again.

The wreck of The Pale Rose
The Pale Rose, an ancient paddle steamer in the middle of the swamp, held captive of the stagnant mud. It has been here long before the residents began their hunt, a barely visible silhouette from the nearby village. There are signs of inhabitation, particularly in the upper states room where strange, ritualistic markings in dried blood and dirt cover the floor. From the scale of the bloodletting, something horrid has taken place here.