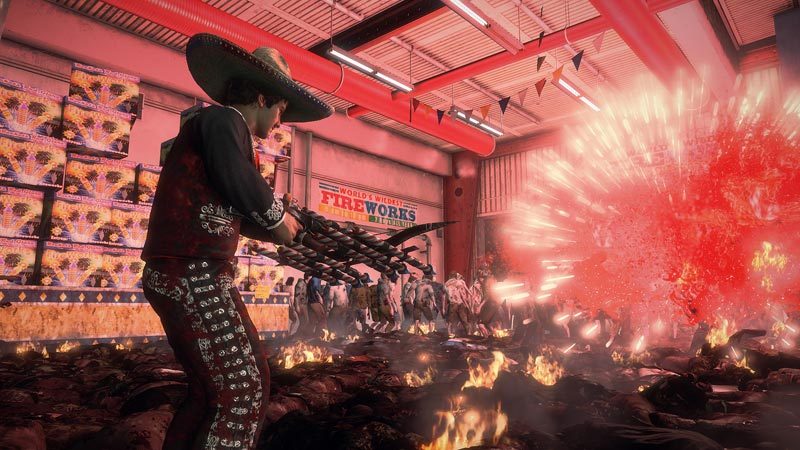 Bonus Downloadable Content: All four of the ?Untold Stories of Los Perdidosﾝ downloadable add-on packs are now included. Each add-on chapter focuses on a different protagonist and gives players access to crazy new weapons and vehicles that carry over to the main game.

ABOUT THE GAME The critically acclaimed Xbox One exclusive launch title Dead Rising 3 will be available for PC digital download on Steam globally and a retail version for Windows PC in Europe on September 5 2014. PC gamers will be able to experience the hordes of horror at high PC resolutions with upgraded textures on characters, backgrounds and in-game objects.

Dead Rising 3 for PC will include Steam platform support with Steam Achievements, Steam Cloud, Steam Trading Cards, global leaderboards and full game controller support. Also compatible with the keyboard and mouse, players will be able to toggle back and forth between the two in real time.

The third title in the Dead Rising series with sales of over 1 million units to date, Dead Rising 3 takes place 10 years after the events of Dead Rising 2. Set in the city of Los Perdidos amidst a nationwide zombie outbreak, the story follows Nick Ramos, a young mechanic. He must find a way to escape from thousands of blood thirsty zombies before an impending military strike wipes out the city and its population. Relying on the help of other survivors he meets along the way and the vast array of unique and powerful combo weapons available, Nick will need to get creative to get out of the infected city before it?s too late.