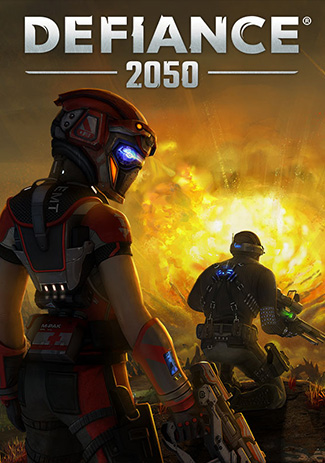 Buy Defiance 2050 (PC) game code and get your key for Steam activation via email! Use the key to access your highspeed download of your received game. Don't miss out this offer.

Join your friends and become an Ark Hunter in a massive cooperative online shooter like no other. Choose from an array of fully customizable weapons and classes, explore a unique futuristic open world, and engage in epic fast-paced third-person shooter combat.

- Seek fame and fortune as an Ark Hunter in a compelling sci-fi narrative
- Fight it out through fast-paced third-person shooter combat in a massive open world
- Battle alien races alongside hundreds of other players in massive dynamic world events
- Craft a perfect Ark Hunter via thousands of unique class, weapon, and upgrade combinations
- Test your arsenal against other players in instanced battlegrounds and giant 64x64 open world battles
- Join up as a 4-person squad and challenge punishing story driven instances
- Race from battle to battle across a devastated Earth using dozens of futuristic vehicles