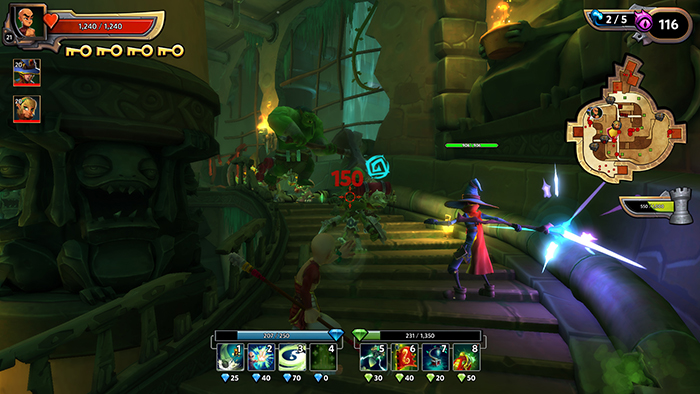 The Old Ones’ armies have invaded Etheria and it’s up to you and your friends to push them back! Create a team of heroes to take into battle. Then freeze, burn, and electrocute enemies with your deadly defenses or jump into the action yourself to finish them off! Play by yourself or with up to three friends in 4-player online co-op.

Need help on the battlefield? Fuse and upgrade your loot in The Tavern, then level up your Heroes’ Defenses and Abilities through hero-specific Specs!

In the future we’ll be adding new features, improving existing systems, iterating on balance, and creating new content. This list represents our current plans; however, none of these are guaranteed. You’ll be using our Influence System to directly guide and shape this list in the future!