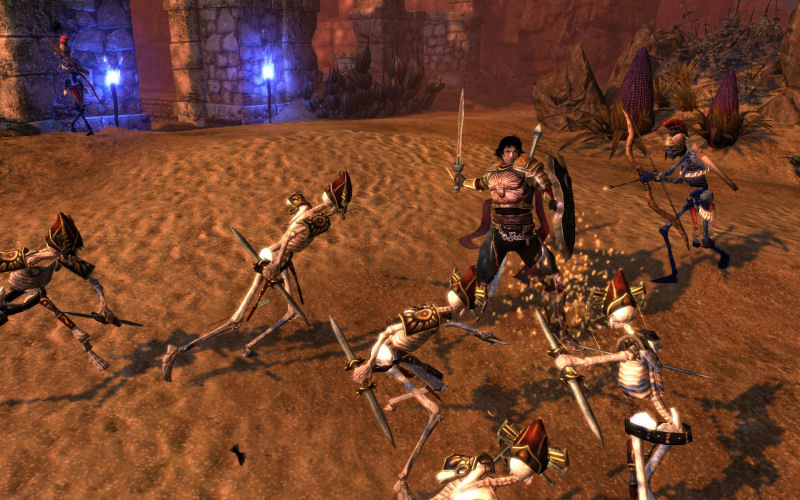 In DUNGEON SIEGE III: TREASURES OF THE SUN, players will extend their journey and travel beyond the borders of Ehb to an all-new environment: the Aranoi Desert. On their search for a lost Legion hero, players will fight through hordes of new villains only to find a forgotten abbey hiding a long-lost secret: the greatest treasure of the Azunite faith.

Further supporting the hours of new content in the expansion, developer Obsidian Entertainment has introduced several refinements to the systems and mechanics of DUNGEON SIEGE III.

In order to get this expansion to work, you need the original game of DUNGEON SIEGE III.