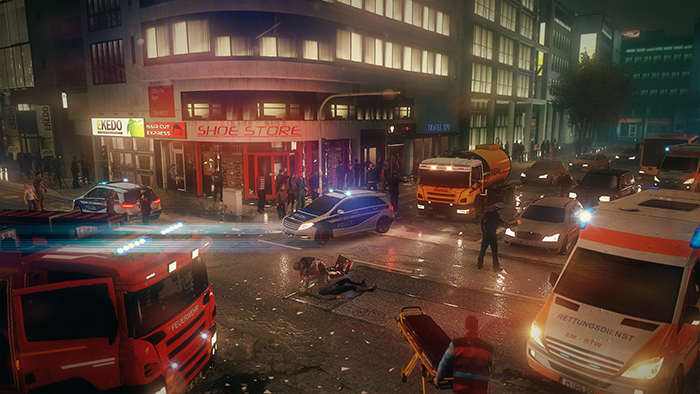 Finally, after 8 years, the true sequel to Emergency 4 has been released. In EMERGENCY 5 for PC, you will direct tense rescue missions on three massive and detailed maps. To succeed, you gradually upgrade your fleet of vehicles and your relief units, and make sure that each unit is in the right place at the right time – if you've always wanted to be an officer in charge of directing fire brigades, the police, technical relief units and paramedics, you've come to the right place. Having the right strategy is essential in order to put a halt to the chaos.

A highlight of EMERGENCY 5 is the new editor in which you can edit and create new game content yourself. The editor makes it even easier for you to design new content (mods) to implement in the game.