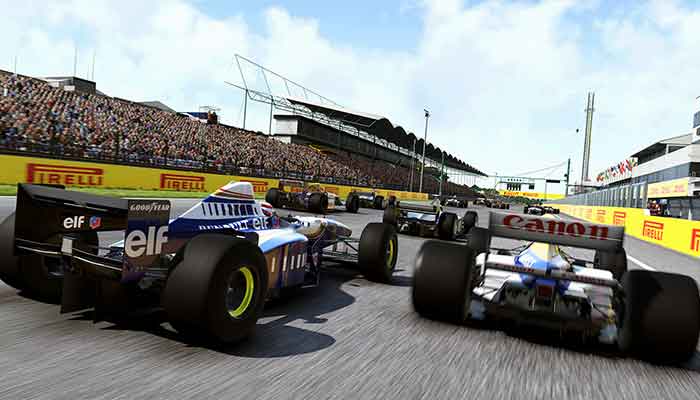 Win the 2017 World Championship, break every record in the fastest ever F1 cars, and race some of the most iconic F1 cars of the last 30 years. With an even deeper ten year Career, more varied gameplay in the new ‘Championships’ mode, and a host of other new features, both online and offline, F1 2017 is the most complete and thrilling F1 videogame ever.

F1 2017 gives the player unprecedented access to not only the on-track excitement of F1, but also the off-track dealings and vehicle development that goes along with it. The acclaimed career mode is updated to include additional practice programmes to help the driver hone their skills, an expanded Research and Development tree to provide greater depth and control over the development of the car, and the ability to manage engines and gearboxes over the course of the season.

Along with some stunning new locations and compelling characters to interact with, these enhancements all combine to provide the most complete experience in the world of F1 yet.