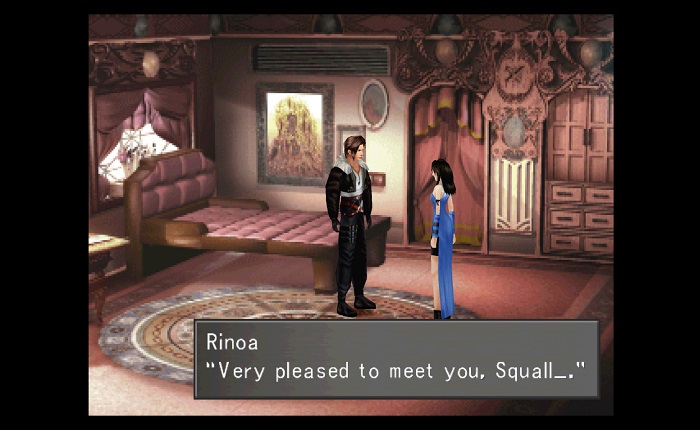 Play as fan favorite character Cloud Strife as he tries to both save his friends, and save the world from the Shinra corporation. Then, delve into the story of Squall Leonhart, who gets his life turned upside down in numerous ways on the path to finding himself.

In Midgar, a city controlled by the mega-conglomerate Shinra Inc., the No. 1 Mako Reactor has been blown up by a rebel group, AVALANCHE.

AVALANCHE was secretly formed to wage a rebellion against Shinra Inc., an organisation which is absorbing Mako energy, destroying the natural resources of the planet. Cloud, a former member of Shinra's elite combat force, SOLDIER, was involved with the bombing of the Mako Reactor.

Can Cloud and AVALANCHE protect the planet from the huge, formidable enemy, Shinra Inc.?

It is a time of war. Galbadia, a Global Superpower, has declared war on Dollet, a country whose training academy is home to two personalities: the hot-headed Seifer and the 'lone wolf', Squall Leonhart. Both are equally at conflict with each other as their country is with Galbadia; to others, Squall appears lacking in team spirit, while Seifer lacks the discipline of his rival. However, a chance encounter with the free-spirited Rinoa Heartilly turns Squall's universe upside down; having thrived on discipline, Squall find the carefree Rinoa fascinating. He also begins to dream that he is Laguna Loire, a Galbadian army soldier…