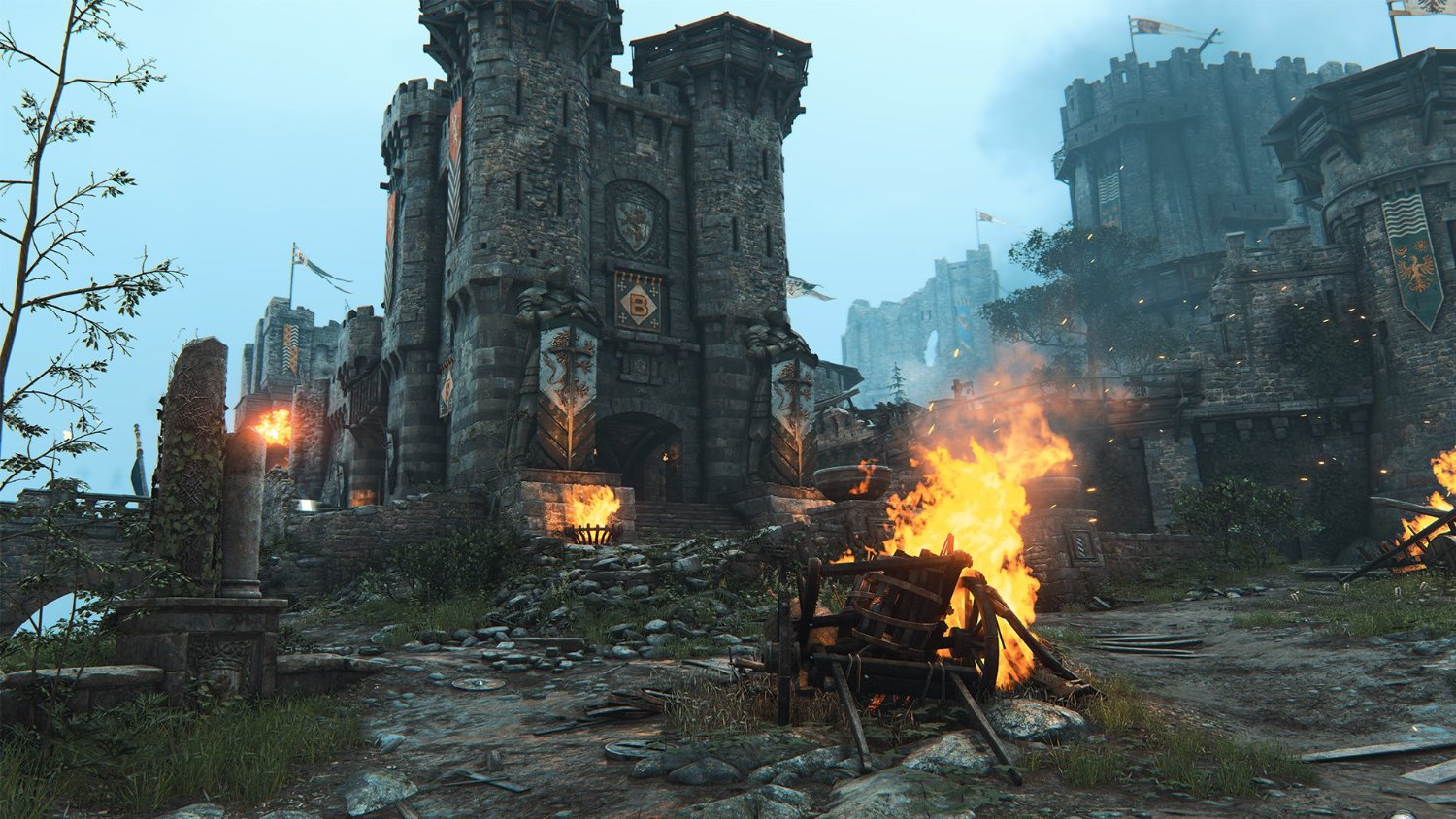 For Honor is a non-fantasy hack and slash video game set during the medieval period. Players can play as a character from three different factions, namely The Legion, The Chosen, and The Warborn. The three factions represent knight, samurai, and Vikings, respectively. Different classes have different abilities and weapons, and customization will be available for players. For instance, the gender of the characters, and the armor worn by them, can be changed and customized.

Players fight against each other with melee-weapons such as axes and swords. The game features competitive multiplayer modes that can support up to eight players, who will be split evenly into two different teams. When a match starts, players will be accompanied by numerous teammates, who assist players. Points, both temporarily and permanent, can be earned in a match. When one team earns enough points, they must eliminate the players from the other team. Once all the players from the other team are eliminated, the match ends. When players kill a certain amount of enemies consecutively, they can level up, and gain Feats, which are additional perks. These perks allow players to gain additional points and strengths, call in a barrage of arrows or a catapult attack, or heal themselves.