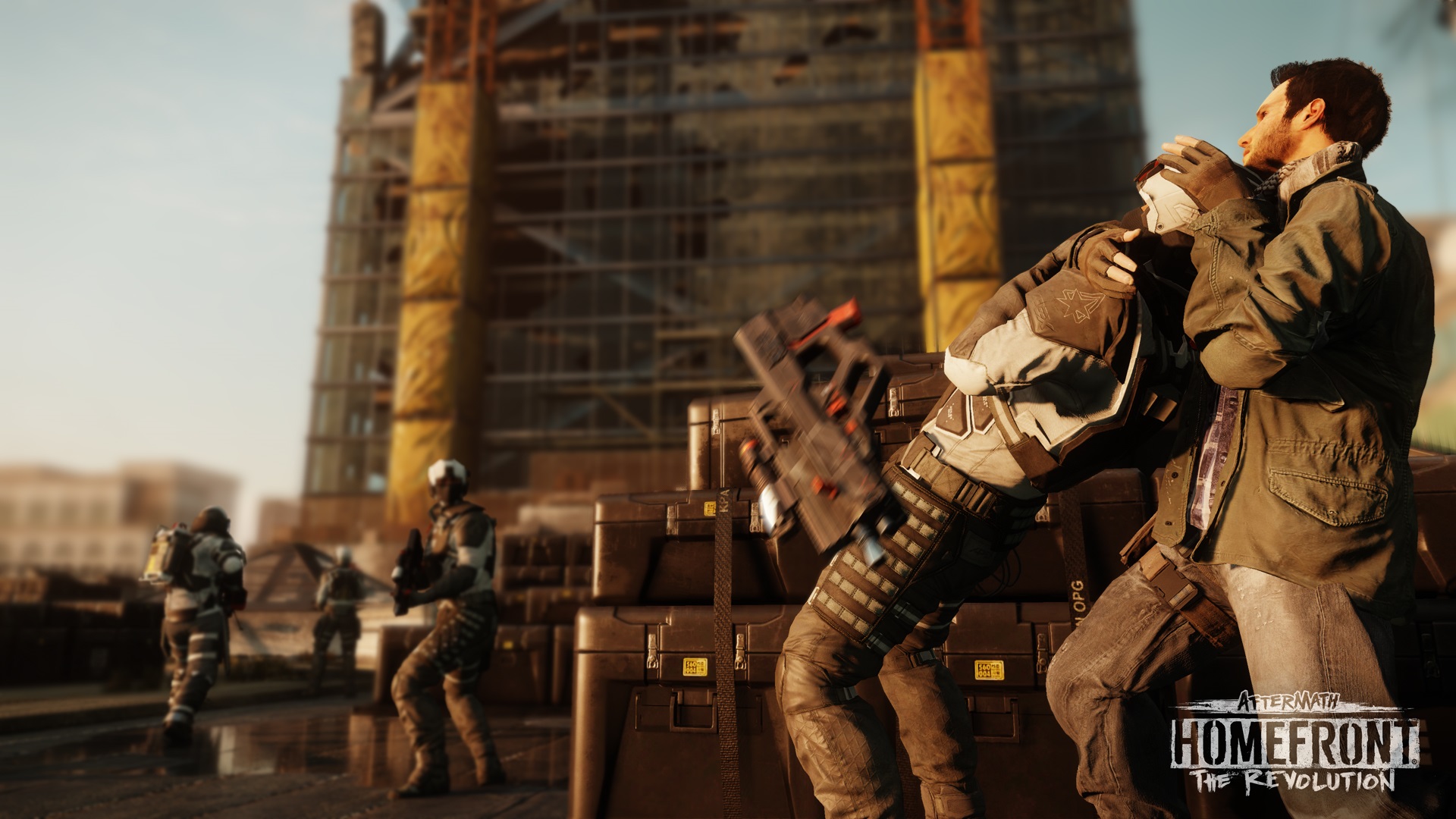 Homefront: The Revolution is an open-world first person shooter where you must lead the Resistance movement in guerrilla warfare against a superior military force.

A living, breathing, open world responds to your actions - you and your Resistance Cell can inspire a rebellion on the streets and turn Occupation into Revolution, as oppressed civilians take up the fight.

But your enemy has the advantage - superior technology, firepower, heavy armour and air support. You must learn the art of guerrilla warfare – ambush, sabotage, infiltration, deception – and fight a running battle through the war-ravaged suburbs of Philadelphia.

And the single player campaign is just the start – in Co-Op you and your friends can form your own Resistance Cell and become renowned as Heroes of the Revolution.

Wage Guerrilla Warfare - this is no linear shooter; learn the art of guerrilla warfare and use ambush, infiltration and hit and run tactics against your foe in thrilling un-scripted firefights

Build the Resistance - recruit revolutionaries to the cause, establish bases and safehouses, capture and customise a deadly arsenal, and build improvised, homebrew weapons for your Guerrilla Tool Kit.

You are the spark of the revolution, it's your mission to raise the resistance from fledging force to unstoppable object through the massive single player campaign. Will you lead them to freedom? Or die trying?

Then, in the Homefront The Revolution Aftermath DLC, you'll get to play as Ethan Wolf on a rogue mission for the resistance. The KPA is crushing the resistance morale when they capture the leader of the group, Walker, and blast propaganda from him all over Philadelphia. Now, you must go against orders and try to rescue him, else watch as the Resistance puts him down!