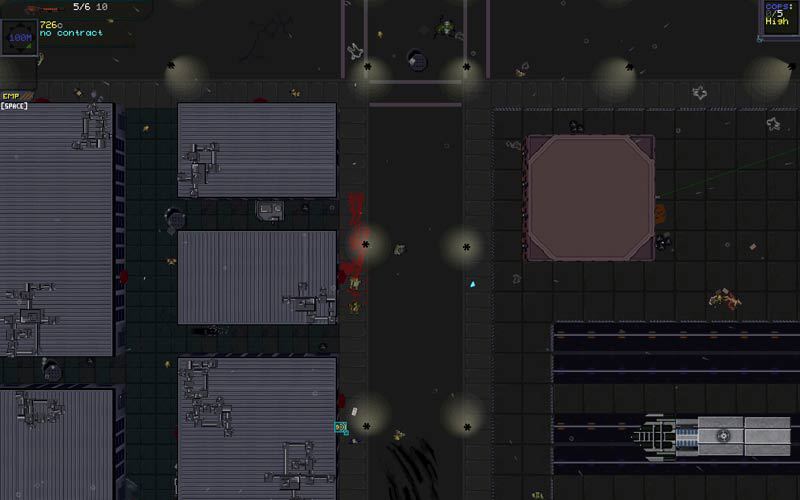 
ABOUT THE GAME Metrocide is a relentless top-down single-player arcade stealth-shooter set in a cyberpunk dystopia where everyone wants you dead.

As legendary contract killer T.J. Trench, you?ll have to negotiate a fierce and brutal city replete with gangs, vigilantes, cops and more, taking out the trash one contract at a time. While cop drones circle overhead, you?ll be sticking to the alleyways with a variety of weapons and plantabl explosives, finding new and unique ways to get away with murder most foul.

But one single slip-up will cost you. There are no respawns here ﾡﾰ when you?re dead, you?re dead. That?s it. Duck and weave through the claustrophobic streets as a living city does its best to stop you breathing ﾡﾰ permanently.