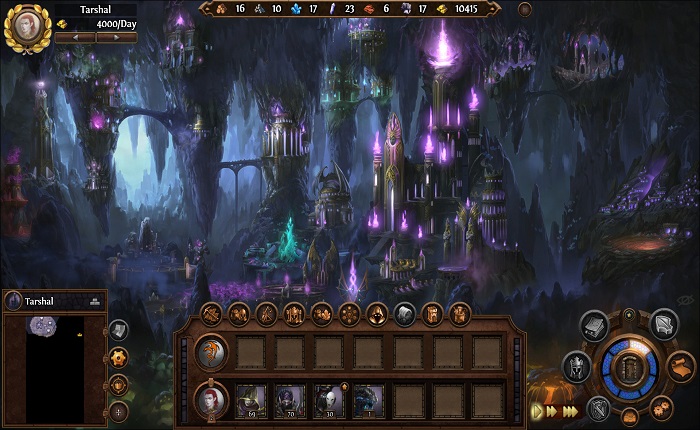 Might & Magic® Heroes® VII has made a triumphant return bringing you the essence of turn based strategy gaming.
This Complete Edition includes:
- the main game,
- exclusive hero,
- a scenario map,
- the full digital soundtrack and Heroes® III - HD Edition
- The Lost Tales of Axeoth extensions
- the new Trial By Fire add-on !


This Complete Edition will allow you to master the whole Heroes VII universe, with dozens of gameplay hours and maps, hundreds of heroes, all of this set in a high fantasy universe with RPG progression and strong story narrative, you will embark in a journey you will never forget!

The story of Heroes VII depicts the civil war that changed the ruling dynasty of the Holy Empire.
The Empress’ murder has left an empty throne, a realm in flames and too many hungry rivals intend on claiming it. The Duke Ivan calls together a prestigious council of six trusted advisors in search of a viable path for putting an end to this war of succession. Discover a new fantasy story :

• Explore a spellbinding world
Powered by the Unreal 3.0 engine, the world of Heroes VII has never been so detailed and immersive

• It ain’t over ‘til you say it’s over!
Over 60 hours of game content in the massive solo campaign with virtually unlimited replayability in the Skirmish and Duel modes

• A unique mix of Turn-Based Strategy and RPG
Explore and conquer an enchanted world, develop and manage your economy, lead armies of legendary creatures to battle ...

In Trial By Fire, five years after the epic events of Might & Magic Heroes VII, you will lead the new Fortress faction to define the destiny of the Dwarves and shed light on some of the darkest chapters of their history. Set in a fantasy universe with RPG progression and a strong story narrative, Trial by Fire is an ideal way for newcomers and existing fans to enjoy the authentic Might & Magic Heroes experience and many new features :

• Master the Rune Magic :
Lead the new Fortress faction on a path to define the destiny of the Dwarves

• New characters :
Take control of a full new lineup of charismatic heroes and iconic creatures such as Fire Giants, Valkyrie and Red Dragons

The following extensions bring the players in new worlds with new factions, powers and stories. In The Lost Tales of Axeoth you can discover Iranese, one of the continents of Axeoth, where the campaigns of Heroes IV took place.

Our story takes place during a war of succession. The Empress’ murder has left a realm in flames with many hungry rivals ready to seize the throne by force. The Duke Ivan then calls together a prestigious council of six trusted advisors to restore order and end the conflict that set ablaze Ashan’s lands.

Might & Magic® Heroes® VII makes a triumphant return bringing you the essence of turn based strategy gaming. Set in a fantasy universe with RPG progression with a strong story narrative, you will embark on a journey that you will never forget!