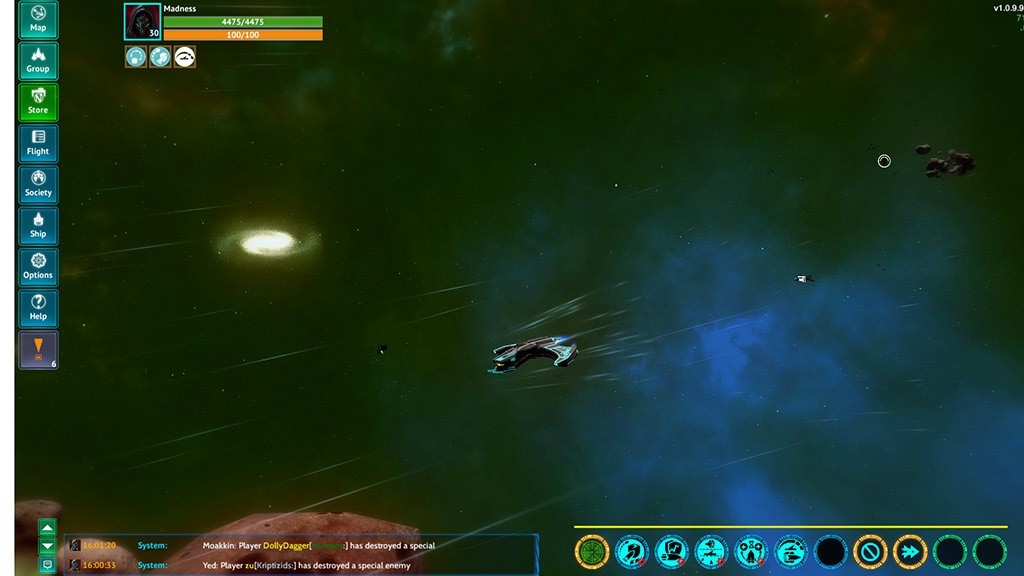 Nebula Online is a space Massive Multiplayer Online Game which can be cross-played between different platforms. This Sci-Fi game is set within a 3 race-populated galaxy where players face a global conflict for universe domination.

Openly alter space and explore the universe to find resource fields, abandoned stations and habitable planets. Be aware of the defiant enemies who will challenge your power and get armed to beat their vile armies.

Conclude alliances, collect troops of like-minded soldiers and lead them to an overwhelming victory over your rivals in your quest to conquer the whole universe!

3 races
The universe is populated by three different races in war since the beginning of time:

3 solar system types
On your first flight into the space you will enter one of the starting solar systems. There are 3 types in total:

Real time PvP battles
You can earn PvP points by destroying enemy ships of other players and conquering star systems.
In PvP shops, which have the form of metal planets or other structures, you can buy modules and weapons.
Expand the territorial domination of your race and make sure that your race is superior to others in terms of technological and social development.
Fight against other races and gain sovereignity over other communities.