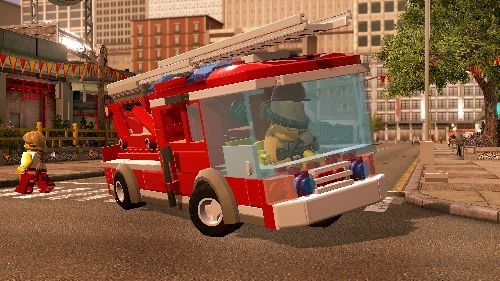 For the first time, the fan-favorite LEGO City vehicles and play sets come to life in LEGO® City Undercover, exclusively for the new Wii U console. Players assume the identity of Chase McCain, an undercover detective armed with clever disguises. The mission is to put a stop to the fiendish Rex Fury and end his crime wave in LEGO City. As players run, drive and even fly through the city, they’ll use the Wii U GamePad controller as a new police gadget.