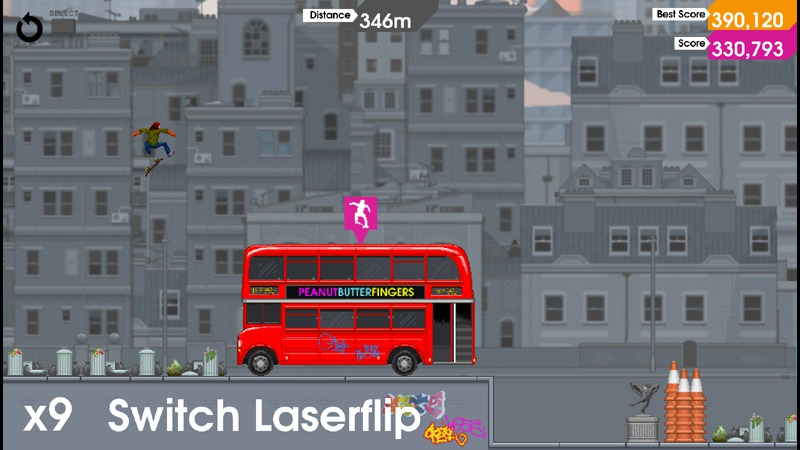 
ABOUT THE GAME OlliOlli mixes addictive one-life gameplay with over 120 tricks and grinds across 50 deviously crafted levels, 250 Challenges, and Spots Mode. Not enough for you? Complete all challenges to unlock the super skillful RAD Mode!

Rack up the biggest and coolest combos along the way then time your landing to perfection to rule the skate world. Just don?t slam on your face. Compete across the world in all modes to get the highest scores on every Level and Spot.