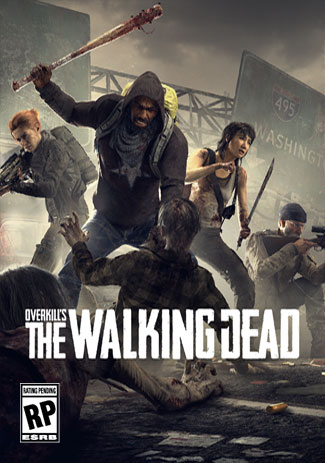 Buy OVERKILL's The Walking Dead game code and get your key for Steam activation within minutes via email! Use the key to access your highspeed download of your received game. Don't miss out this offer.

OVERKILL’s The Walking Dead is an action-filled four-player co-op multiplayer first-person shooter set in Washington, D.C. after an outbreak brought the dead back to life. In this test of skill, strategy and teamwork players will band together with up to three friends on a variety of missions, securing supplies as well as survivors to strengthen their camp against the threat of both the dead and the living - by any means necessary.

Improvise, Adapt, Overcome. In a world where everything has stopped working, players will have to make do with what they find. The post-apocalyptic world of The Walking Dead is a harsh place to live in, let alone find things that work. As players loot the city for supplies, they will come to understand that weapons and ammunition are scarce and their condition vary. If not maintained, guns will jam as you pull the trigger, silencers will break, and old sights will challenge your skills as you take aim.

Home Is Where Your Camp Is. You won’t always have to go looking for trouble, it will also find you. Defend your camp against roaming hordes of walkers when they lock on to your camp. Strengthen your defenses, and take on waves of walkers while keeping the other camp members safe.

Think. Fight. Live. Each playable character comes with a unique skill tree, squad role, play style and background story. They all share a common objective, where survival and teamwork is paramount. The action is up-close and intense: take out enemies carefully with silent melee attacks, or go in guns blazing. You need to be able to improvise, as nothing is certain and a horde of walkers will always be right around the corner.

The Story Continues. Development on OVERKILL’s The Walking Dead will continue after release, offering players new storylines to experience, new places to explore, new weapons to use, and much more. The post-launch campaign is built around OVERKILL Software’s philosophy of constantly evolving a game together with the community. 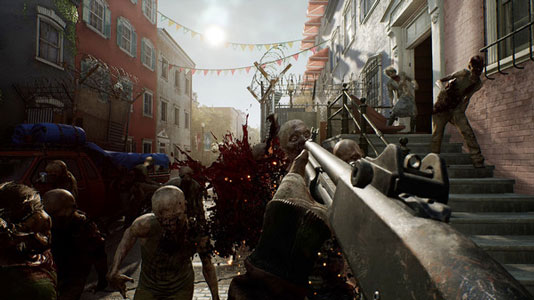