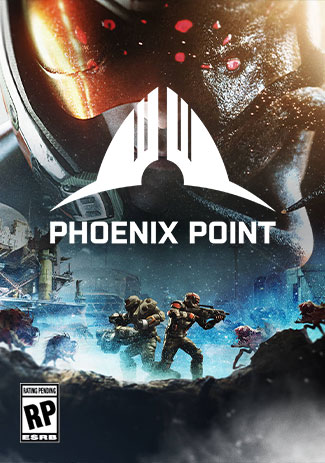 Buy Phoenix Point game code and get your key for Steam activation within minutes via email! Please check the spam or junk mail folder too. Use the key to access your highspeed download of your received game. Don't miss out this offer!

The game is set in 2047, during the invasion of Earth by alien creatures. The player commands a lone military base, the titular Phoenix Point. Their job is to lead the remnants of Earth’s defense force against the invaders. They must employ different tactics and develop new strategies against constantly evolving extraterrestrial threats.

Phoenix Point uses many gameplay solutions that X-COM was famous for but also introduces new ones. The first on the list of novelties is certainly the mutating alien force. The Earth’s invaders are procedurally created based on two aspects: the interchangeable pool of body parts and size, both of which make each alien unique. While seemingly random, the mutations will develop in a way to make the game more difficult, focusing on the ones that caused the player trouble and discarding those who proved to be unsuccessful.

Other gameplay features include the faction system. Aside from the Phoenix Point, there are three other human enclaves, which possess their own ideology, traits and technologies, as well as diplomatic relations with the player’s base and each other. The factions will act to fulfill goals based on their ideologies, which might be the cause of conflict. The player may interact with other factions through trade or conflict, gaining access to their resources.

Global strategy and tactical combat, the two systems that put the X-COM series in the forefront of strategy games, make their return in Phoenix Point The player operates within a procedurally generated world, searching for scarce amounts of resources. Using the interface called the Geoscape, the player will have to make decisions about the ways they want to gather these resources, which might lead to unexpected consequences from other factions.

Combat in Phoenix Point game occurs in a turn-based system. The player can deploy various types of units onto a destructible field. Units can use different types of weapons, from ordinary firearms to combat chemicals. Each unit can take two actions within their turn, such as move and shoot, as well as a third special action. The special actions expend willpower points, which affects how a soldier behaves on the battlefield. If they lose all will, the soldiers might suffer from a breakdown and refuse to fight.

Story and setting
The year is 2047. More than 20 years ago, due to thawing of the permafrost, scientist discovered a virus, which laid dormant in the ice. It was clear from the start that the virus was of alien origin. Dubbed the Pandoravirus, it could mutate humans and animals into hybrid abominations.

Humans and animals into hybrid abominations

The virus, released from the thawed ice caps, first mutated the sea creatures, then began spreading on the land. By 2047, the humanity is all but decimated, with small pockets of mankind inhabiting sparsely placed havens. One of them is Phoenix Point. Lead by the player, the inhabitants of the base try to survive in a hostile word, fending of not only the monstrous mutants but other factions, whose idea of survival might differ from that of the player’s.

Reception
The game received a very warm reception and was hailed as the spiritual successor of the classic X-COM. Critics praised the game for its complex gameplay mechanics, which required strategic thinking and tactical planning of action, the design of mutated creatures, inspired by the works of H.P. Lovecraft and John Carpenter, and the combat systems, highly dependent on the player’s tactical prowess.