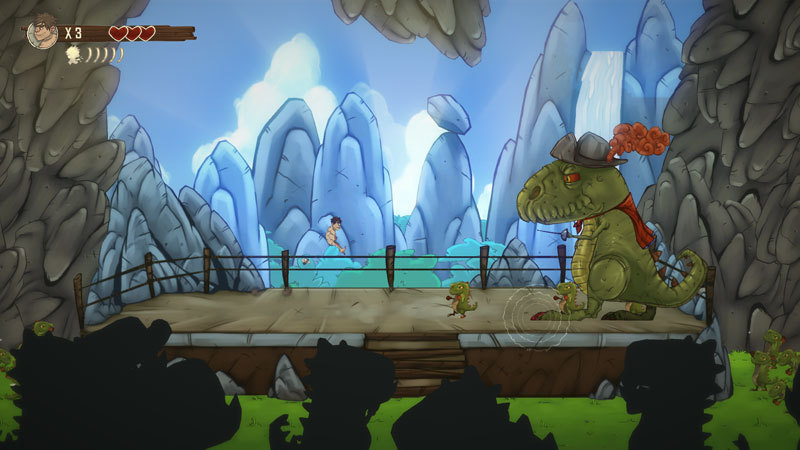 
ABOUT THE GAME Whacking stuff sure gives you an appetite!

Discover the new REVIVAL version of this great classic!

Prehistorik is a game that was first released in the 90s on the Amiga, Atari ST, Amstrad CPC and DOS and still remains one of the world's benchmarks in platform gaming.

In this version, everything has been totally revised, which equals more fun for players!

A giant has stolen all the grub from the Grag tribe!

You play the role of Grag and set off on this monster?s trail in search of food!

Super friendly Grag is helped along the way by his new friend, the fly!

Help this friendly prehistoric hero defeat his monstrous enemies and bring back some loot to the village!


THE ADVENTURES OF GRAG

Pick up all the food!

Battle the bosses - They're funny alright... but dangerous too?

Travel through the different worlds, each one crazier than the next.

Try out your boarding skills with a pigsurf (pig + snow + fun = pigsurfing).

Have a go on a jetpack in the mountains.