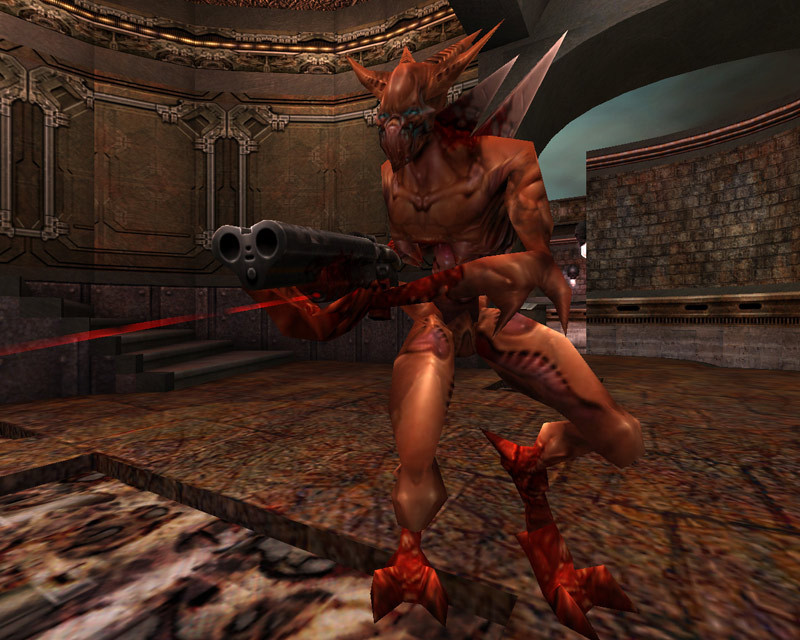 Welcome to the Arena, where high-ranking warriors are transformed into spineless mush. Abandoning every ounce of common sense and any trace of doubt, you lunge onto a stage of harrowing landscapes and veiled abysses. Your new environment rejects you with lava pits and atmospheric hazards as legions of foes surround you, testing the gut reaction that brought you here in the first place. Your new mantra: Fight or be finished.

Never before have the forces aligned. United by name and by cause, The Fallen, Pagans, Crusaders, Intruders, and Stroggs must channel their power into an allied operation where teamwork is the only method of mass destruction. Four distinct games test each troop's synthesis and strength to exacting degrees. Cooperation is the only course of action, and war, the only alternative. Soldiers once alone in their struggle, now face the Arena as one.