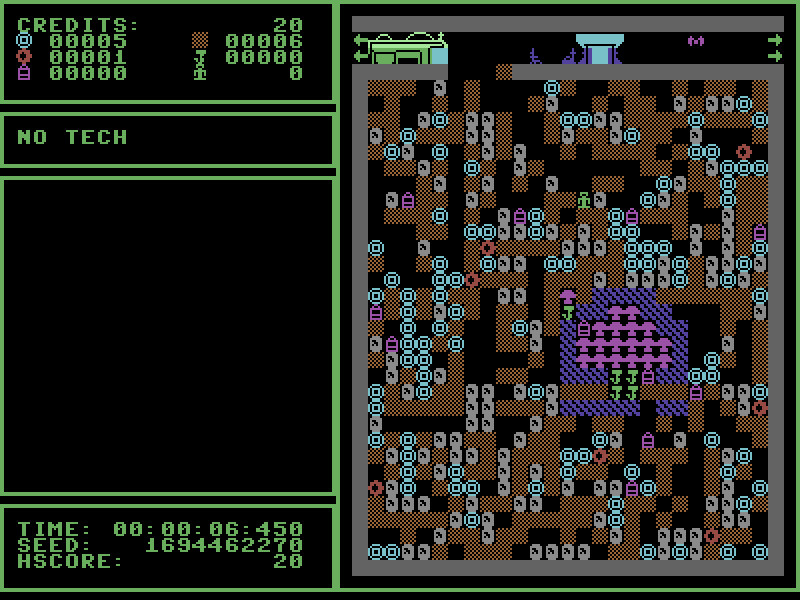 
ABOUT THE GAME Welcome to the Quarries of Scred. You will surely perish.

Bringing classic arcade games right back to the 1980?s, Quarries Of Scred is an unapologetically brutal, authentically retro arcade game designed to see just how far you?ll go to risk your bounty.

You are Bob, who is a bad man. For reasons unknown, Bob must work the quarry to pay off his debts. Collect dirt, diamonds and other valuables but avoid causing the rocks to fall on to your head or to block the path back up. You?ll question your sanity as you dive deeper into the quarry, hoping to return with a larger reward and praying you will not be killed at the hands of a falling rock or the creatures dwelling within. Die, as you surely will, and a new quarry is generated, with a new trove of treasures and dangers.

Released in an early form in 2014 via Itch.io and regularly updated, Hammerspace Games has teamed up with indie label Surprise Attack Games to bring the ultimate version of Quarries of Scred to Steam and other digital storefronts.