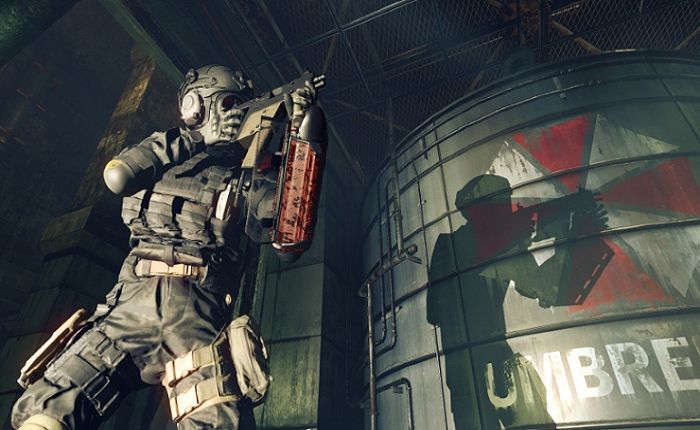 It’s been an exciting time lately for Resident Evil fans, and we’ve got yet another piece of exciting news for you. Announced today was Umbrella Corps, a fast-paced, third-person competitive shooter set in the RE universe. Compete online with other players in quick-and-dirty matches in compact battle zones modelled after historic RE environments.

The game will utilize the Unity engine developed by Unity Technologies, which bears no relation to Capcom Unity, but we’ll try to leverage this coincidence for as many puns as possible.

Synopsis
Umbrella Corporation, a ruthless international pharmaceutical company, had been known for its genetic experiments and biological weaponry that led to worldwide devastation including the infamous Raccoon City incident. Although the organization was brought down in 2003, its legacy of bio-terrorism continued. In the present day, corporations with nebulous interests in bio-weaponry have hired squads of special forces for experimental battles in restricted virus-infected areas against other mercenaries.

Gameplay
Umbrella Corps will feature intense and quick team-based matches spanning a variety of unique online modes. One such mode (which is playable this week at TGS!) is the One Life Match mode. Players must take out the opposing team with one crucial catch: there’s no respawning. Every player gets one life per round and must not only face the other team, but also contend with other classic RE enemies that prowl the map.

Players will be equipped with an array of gun and grenade weaponry, as well as some less traditional gear: the “Brainer” (a powerful melee axe which goes straight into the skull), the Tactical Shield (an arm-mounted guard allowing players to utilize a zombie as cover), Terrain Spikes (boot-mounted spikes for trampling the enemy), and the Zombie Jammer (a device which repels zombies only when active).

The game’s analog aim and cover system, meanwhile, allows for precise control when using firearms behind cover. Look forward to more info over the coming months!