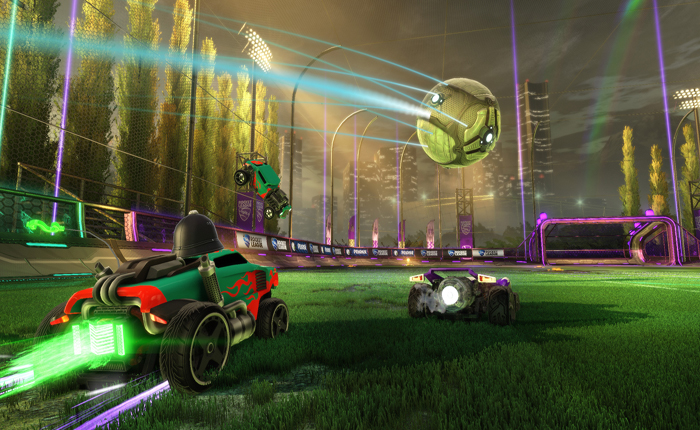 A futuristic Sports-Action game, Rocket League, equips players with booster-rigged vehicles that can be crashed into balls for incredible goals or epic saves across multiple, highly-detailed arenas. Using an advanced physics system to simulate realistic interactions, Rocket League relies on mass and momentum to give players a complete sense of intuitive control in this unbelievable, high-octane re-imagining of association football.

Broadcast-quality replays that allow you to fast forward, rewind, or view the action from anywhere in the arena

When creativity meets fun, you get something like Rocket League. The title from Psyonix took the world by storm in 2015, and made its mark on 2016 by being one of the most downloaded titles on the PS4. Now, experience the title that everyone is talking about, and everyone wants to play.

How will you build your car to get the job done in the league? Will you build it for speed? For strength? For endurance? A balance of them all? Or something entirely different? With all the combinations, the only limit is your imagination, and of course, what you're willing to do.

Join the league, see how high you can rank in it, and don't let anyone stop you from winning, if anything, you should be stopping them from winning.