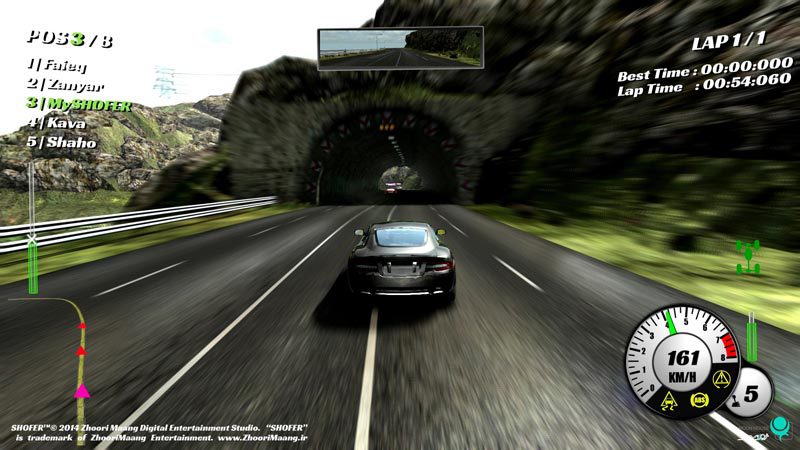 
ABOUT THE GAME SHOFER Race Driver is a racing genre video game by Zhoori Maang Studio.

The player controls a race car in a variety of races, the goal being to win the race. In the tournament/career mode, the player must win a series of races in order to unlock vehicles and tracks. Before each race, the player chooses a vehicle, and has the option of selecting either an automatic or manual transmission. in SHOFER the cars can suffer mechanical and visual damage.

Career (SHOFER):
Career Mode allows players to unlock new vehicles and new race tracks. Players progress through the career mode by beating a series of "Tournament". Players complete the career mode (SHOFER Tournament) upon defeating the "Stages" and the kings of Street for each event type discipline.

Quick Race:
Players can freely choose cars and race them in a race day they've created. Players can choose the events and locations.

Locations:
Many of the races take place on well-known roads in Kurdistan Mountains. There are 15 track available with Day - Night - Reverse and All in rainy.

Cars:
There are a total of 24 drivable cars in SHOFER.