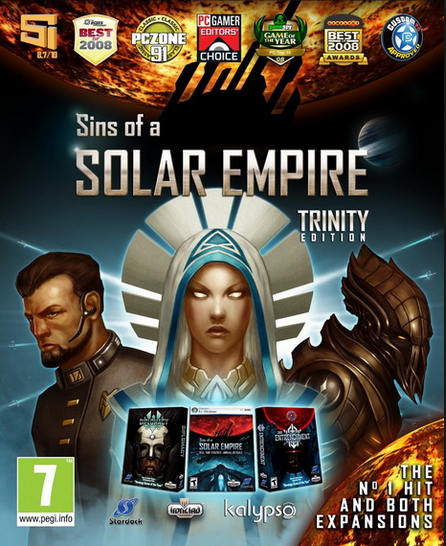 In Sins of a Solar Empire: Trinity, you are the leader of a civilization embroiled in a galactic war, fighting for the survival of your entire race against relentless foes. Your success will depend entirely on your ability to manage your empire and command your vast fleets of starships to victory.
Sins of a Solar Empire: Trinity is a “RT4X” game, blending the epic strategy and empire management of the 4X genre (Explore, Expand, Exploit, Exterminate) with the fast-paced and tactical elements of real-times strategy.