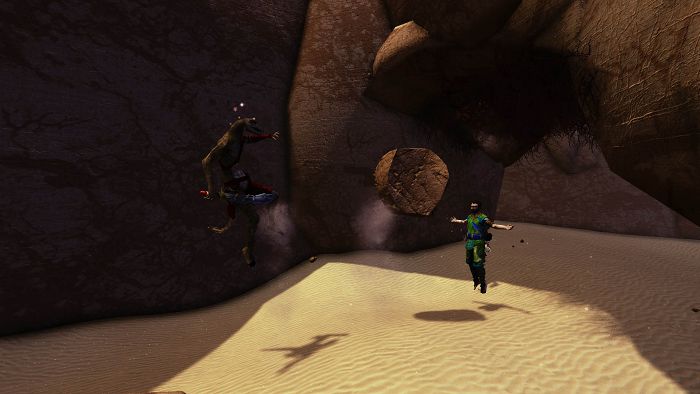 As a Son of Nor, consecrated by the Goddess of the Night, you are all that stands between the human race and total extinction. Only one human enclave remains in the vast desert world of Noshrac, a hidden refuge called The Edge. After 400 years of peace, humanity’s ancient enemy the Sarahul appears once more, forcing you into an adventure to save your people.

Armed with telekinesis and terraforming, the gifts granted by the goddess Nor, you will explore the world of Noshrac, fighting through enemy territory and uncovering long-forgotten secrets. On your journey you will discover mysterious structures created by an ancient race that are filled with puzzles and traps – and the key to mystical powers unlike any you’ve ever seen.

As a Son of Nor, the World is your Weapon. Use it wisely.

Cutting Edge Peripheral Support: Aim telekinetic objects with your eyes with the SteelSeries Sentry eye tracker or tobii EyeX (Windows Only), or command the game with your mind with the Emotiv EPOC brain computer interface (Windows Only)!