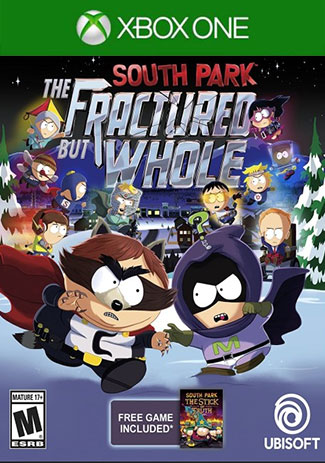 South Park The Fractured but Whole (Xbox One Download Code)

Download the trial now to try South Park The Fractured But Whole for free! Create your own superhero and unveil the darkest conspiracy South Park has ever faced!

Delve into the crime-ridden underbelly of South Park with Coon and Friends, this dedicated group of crime fighters formed by Eric Cartman whose superhero alter-ego, The Coon, is half man, half raccoon. Join Mysterion, Toolshed, Human Kite and a host of others to battle the forces of evil while Coon strives to make his team the most beloved superheroes in history.