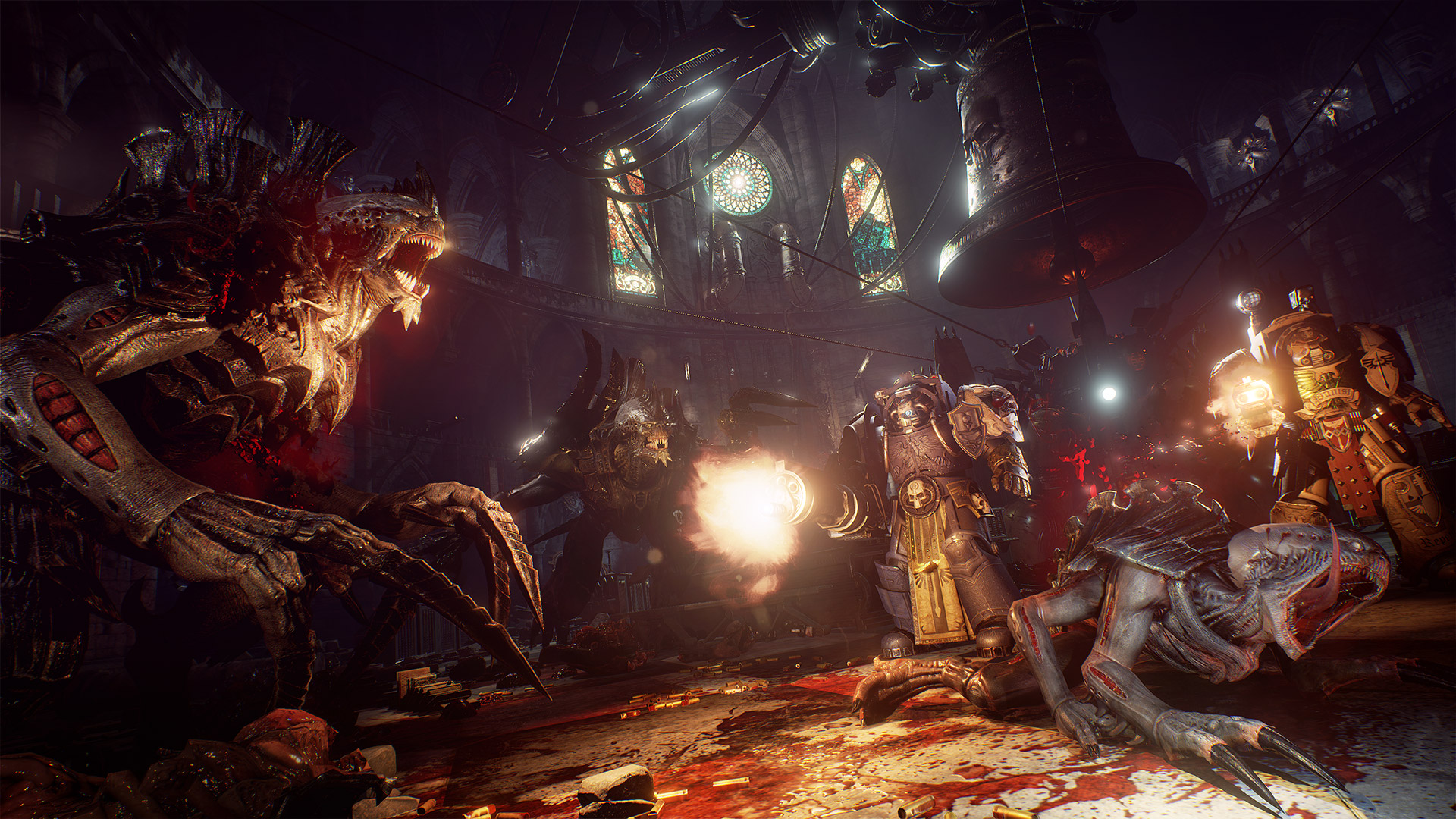 Space Hulk: Deathwing is a First-Person Shooter experience based on Games Workshop's classic Space Hulk boardgame set in the universe of Warhammer 40,000. Space Hulk: Deathwing was developed on Unreal Engine 4, and offers you and up to three of your friends the chance to experience a desperate battle against Genestealers in the claustrophobic tunnels of a Space Hulk. You also gain skills, new abilities, and new equipment as you earn experience during missions.

Space Hulks drift along the currents of the Warp, the immaterial dimension of Chaos. Made up of gigantic, mangled asteroids, ship wrecks, and other stellar debris, they can grow to the size of a moon, and often contain treasured and ancient lost technologies. They are often also infested with broods of the lethal Genestealer.

In the game you take on the role of a Space Marine from one of the most secret and most feared Space Marine forces: the Deathwing of the Dark Angels Chapter.

As a Librarian, you can also master the destructive powers of the Psykers. Your skills and performance in battle grant you Fervor Points to spend on 3 skill trees, allowing you to improve your abilities and unlock new powers.

Don your Terminator armour and arm yourself with the iconic weaponry of the Space Marines and face the threats that await you in the Space Hulk.

The Warhammer universe just got a lot more epic. Dive into the Space Hulk for battles that are too tough for other beings, and prove that the true power is yours. But don't stay stagnant, upgrade your character via 3 unique skill trees to make sure you are up to the challenge that lie within the claustrophobic tunnels of the beast.

Plus, don't just play alone, team up in co-op mode with your friends and take down your enemies together!