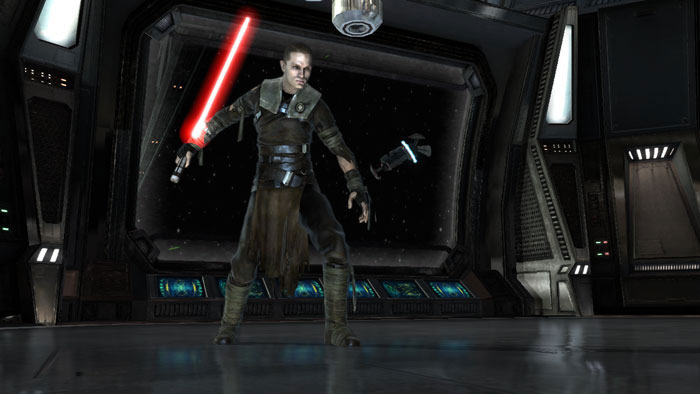 
ABOUT THE GAME Experience the Power of the Dark Side

Star Wars: The Force Unleashed completely re-imagines the scope and scale of the Force and casts players as Darth Vader?s ?Secret Apprenticeﾝ unveiling new revelations about the Star Wars galaxy seen through the eyes of a mysterious new character armed with unprecedented powers.

SYSTEM REQUIREMENTS Minimum
Notice: This game contains technology intended to prevent copying that may conflict with some disk and virtual disk drives. Intel integrated video chipsets are not supported. Apple Intel Chipsets only. Power PC Processors (G4 and G5) are not supported. This game is not supported on volumes formatted as Mac OS Extended (Case Sensitive).