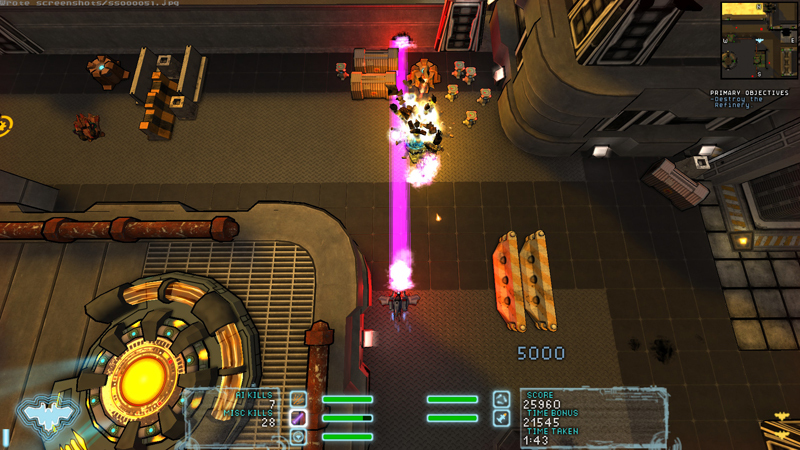 ABOUT THE GAME Steel Storm is a top down arcade shooter with old school spirit. The game has score oriented competitive gameplay, and is designed for people who like fast paced action, hordes of smart enemies, destructible worlds and ground shaking explosions. The events take place in an alternative universe where you are a pilot of R.I.A.C. (Royal Interstellar Armored Corps), who controls an advanced hovertank, packed with the most advanced and sophisticated weapons. Your task is simple, but nevertheless not trivial. In the fight against separatist Union forces, you must prevail!

Steel Storm: Forgotten Prison DLC will bring you back into Steel Storm's universe after a prolonged period of peace. The command of Royal Interstellar Armored Corps (R.I.A.C.) discovered ongoing activity at their long abandoned installation on a remote planet. Union separatist forces took over the forgotten prison, restored it and turned it into a new detention camp. The command obtained an intel that separatists might be holding key officers of R.I.A.C.

You will be dropped behind enemy lines with the mission to infiltrate the prison facility and find the captured hovertank pilots, if they are still alive. Don't hold your breath for an easy operation. Forgotten prison was designed to prevent captured enemies from escaping at all costs - the installation was rigged with deadly traps which would destroy not only soldiers, but also heavily armored vehicles. Pay close attention to matching patterns and indicators to be able to face dangers in time and to solve puzzles.

Luckily R.I.A.C. left a lot of supplies and weapons in hidden secret rooms. Find secrets and equip your hovertank when running low on gear and weapons.