Buy Strange Brigade Deluxe Edition + Steam Controller (PC) game code and get your key for Steam activation within minutes via email! Use the key to access your highspeed download of your received game. Don't miss out this offer. 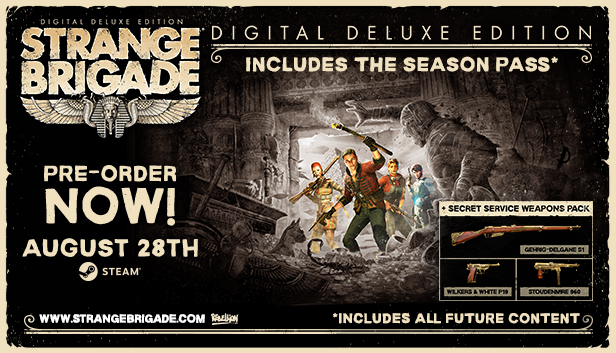 Upgrade your Strange Brigade experience with the DELUXE EDITION, which includes the game, the Season Pass, and the Secret Service Weapons Pack!
The Season Pass will include brand new campaign missions, playable characters, character skins, weapons, weapon skins + much more!