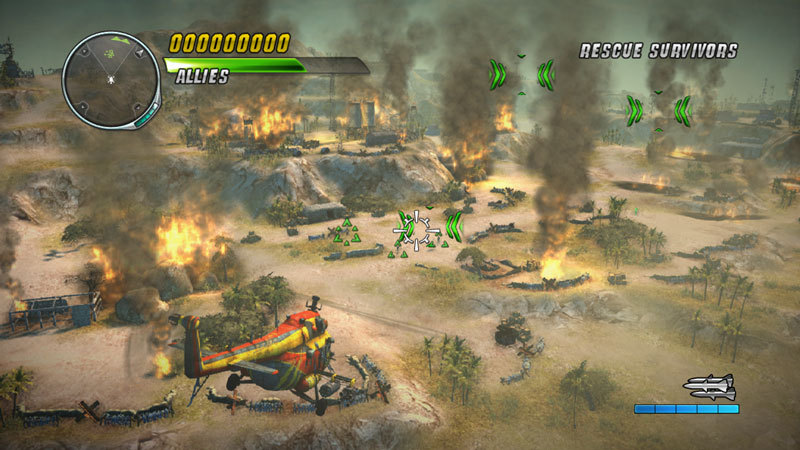 
ABOUT THE GAME When this ?wolf packﾝ strikes, you will hear rolling thunder. The Thunder Wolves attack from the air. They are highly trained helicopter pilots, the best of the best, and every one of them is ready for action at all timesﾡﾱand ready to fight evil, wherever it lurks.

Nobody knows any details about the secret organization they work for, though there are rumors that various governments might be involved. But there is one thing terrorists can be sure of?the ?wolvesﾝ will hunt them down at all costs!

This is your chance! Join this group of elite pilots in their fight against global terrorism. No matter what the job is, they can get it done! Whether it means defending an oil platform or destroying a chemical factory, take up the challenge and achieve victory! Join different operations and find out what the terrorists are planning, and do everything necessary to thwart their evil plans! Defeat them at last, and save the world!

The Thunder Wolves have survived more engagements than they can count. They are equipped to destroy their enemiesﾡﾱdestruction is part of their business. Put yourself in the pilot?s seat of a combat helicopter and become a member of the most experienced and dangerous helicopter team in the world.

Be part of the Thunder Wolves!