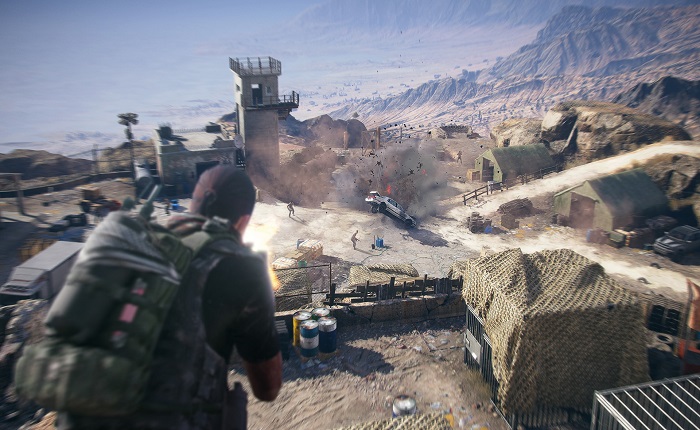 Contents of the Deluxe Edition

Tom Clancy’s Ghost Recon® Wildlands is the very first military shooter in a massive open world that you can play entirely solo or in four-player co-op.

TAKE DOWN THE CARTEL
A few years from now, Bolivia has become the largest cocaine producer in the world. The Santa Blanca cartel has turned the country into a narco-state. As a Ghost, you must stop the cartel by any means necessary.

BECOME A GHOST
Create and fully customize your Ghost, weapons, and gear. Enjoy a total freedom of playstyle. Lead your team and take down the cartel, either solo or with up to three friends.

EXPLORE BOLIVIA
Journey through Ubisoft's largest action-adventure open world. Discover the stunning diverse landscapes of the Wildlands both on and off road, in the air, on land and at sea with over 60 different vehicles.

Pre-order to receive a bonus mission: Explore the high mountains of Bolivia to break the alliance between Santa Blanca and the Peruvian Cartels.

Upgrade your Ghost with the Deluxe Edition which includes the game and Deluxe Pack that features exclusive weapon, gear and other digital content.

A few years from now, Bolivia has become the largest cocaine producer in the world. The Santa Blanca cartel has turned the country into a narco-state fueled by fear and injustice. As a Ghost, you must stop the cartel by any means necessary.