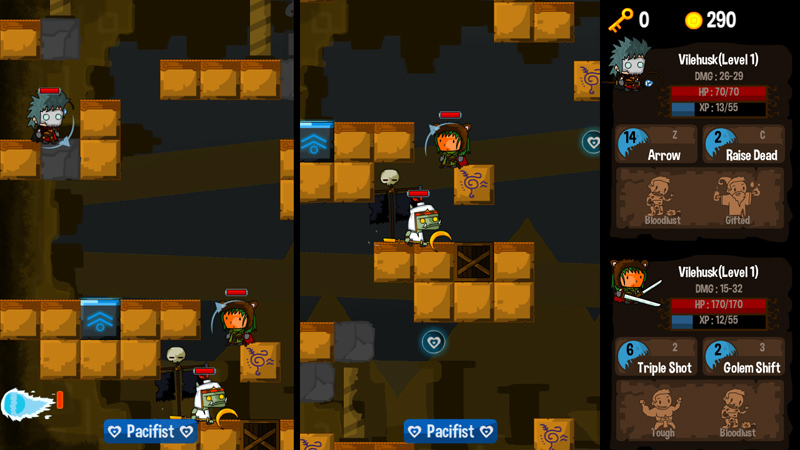 
ABOUT THE GAME Vertical Drop Heroes is a procedural platformer RPG hybrid with roguelike elements, where your hero adventures through randomly generated stages. Armed with a variety of skills and traits, you must use your cunning and reflexes to survive the dangers of each stage, until you face the final boss and uncover the truth behind the game!

Features randomly generated stages, enemies and bosses, resulting in a very replayable game, all coded and drawn by one person in that unique Nerdook style.

Bring a friend and try the split-screen local co-op or play multiplayer games over a network. Also has full controller support!